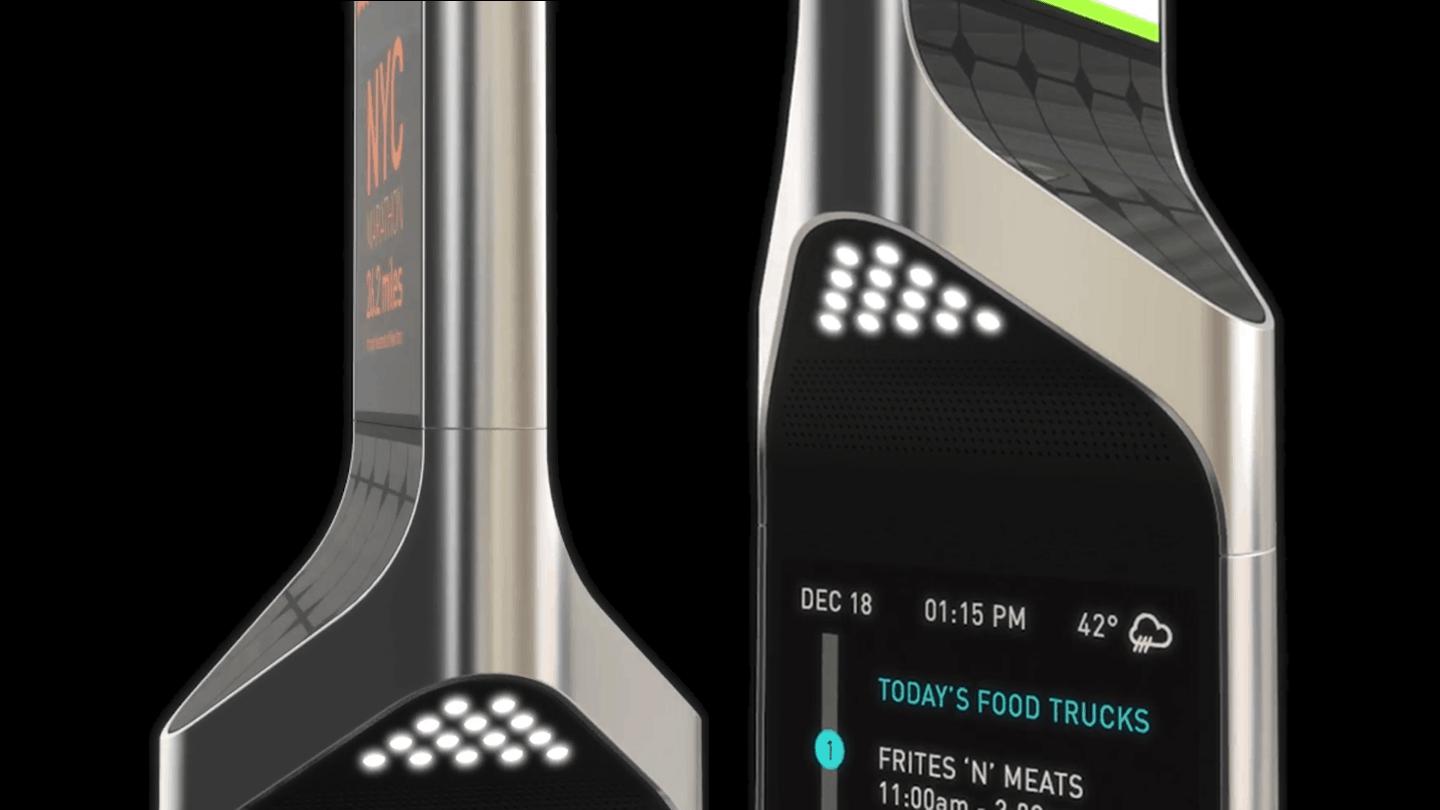 The Evolution of a Smart City Hub

In today’s digital world, we’re used to products that launch weeks after the initial idea is born. It’s tempting to forget that the speed of launch is quite different in the world of products that live within the urban infrastructure, where a minimum viable product (MVP) must launch ready to withstand the noon-day heat in Las Vegas and the wintertime streets of Toronto for years to come. There are many challenges in making a product real while keeping the design vision intact. The concept must respond to the needs of the city as much as the needs of the citizen, and of the business that launches it.

While the name has changed many times over the five years of its evolution from concept to street corner, frog’s Beacon concept has stood the test of time, changing less than its name on the path to launch. 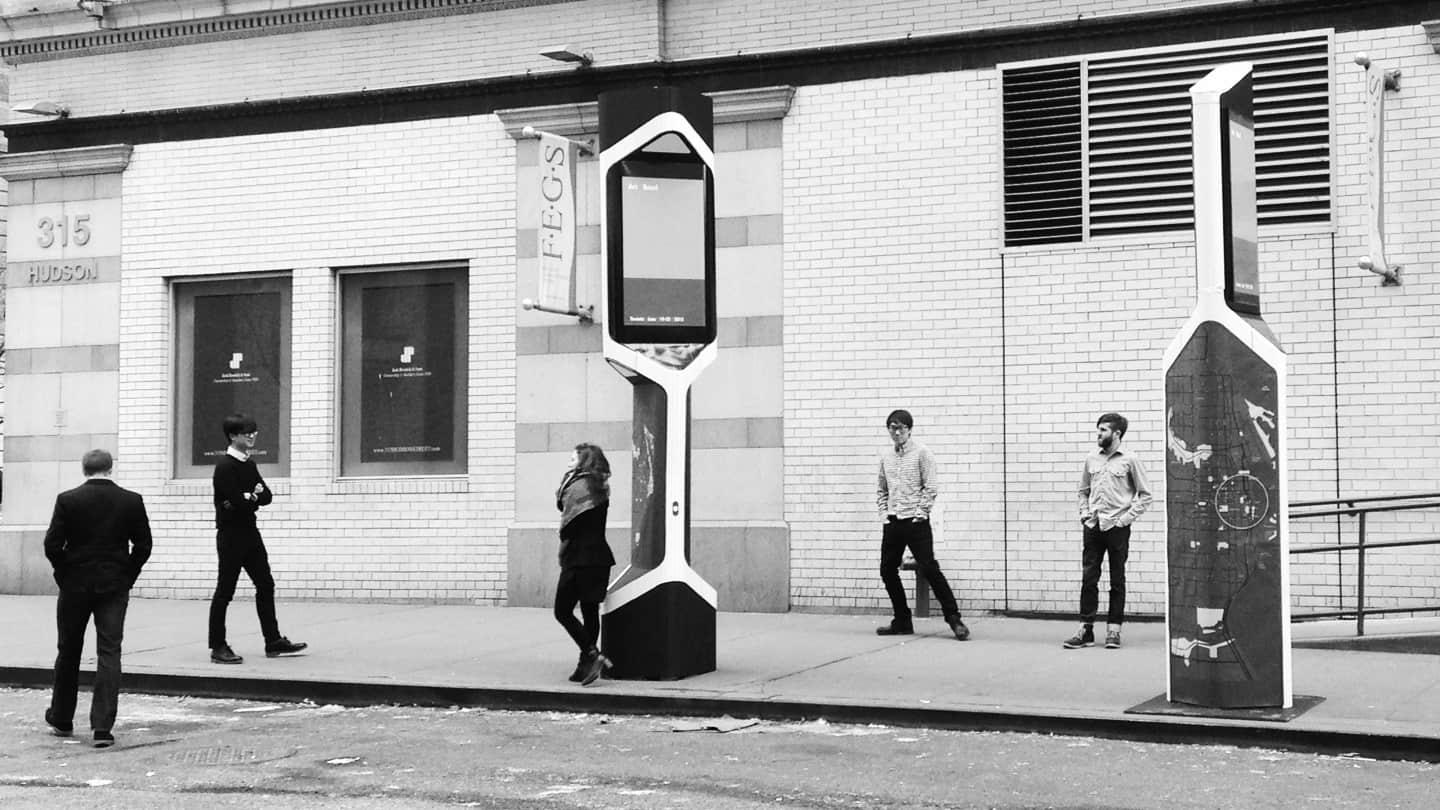 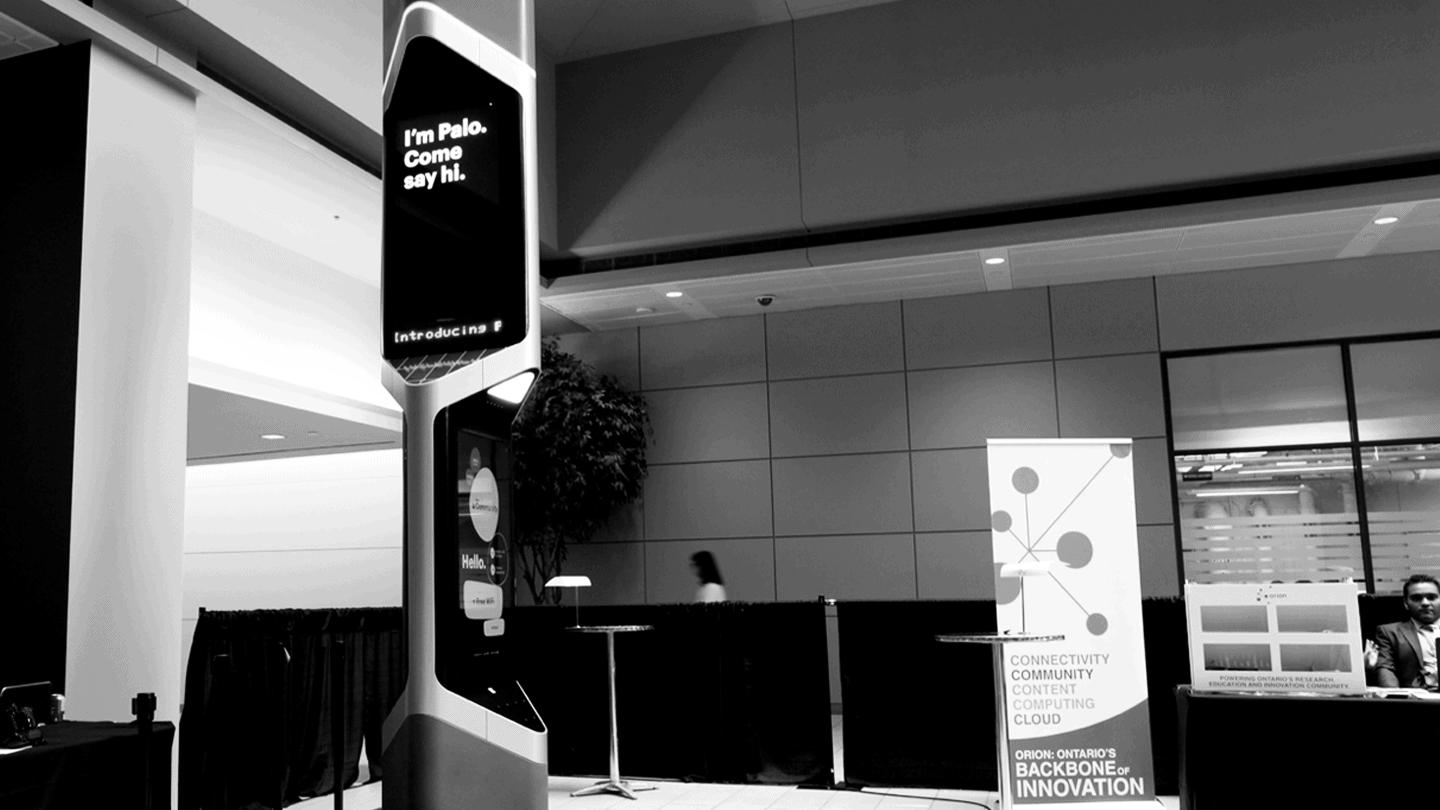 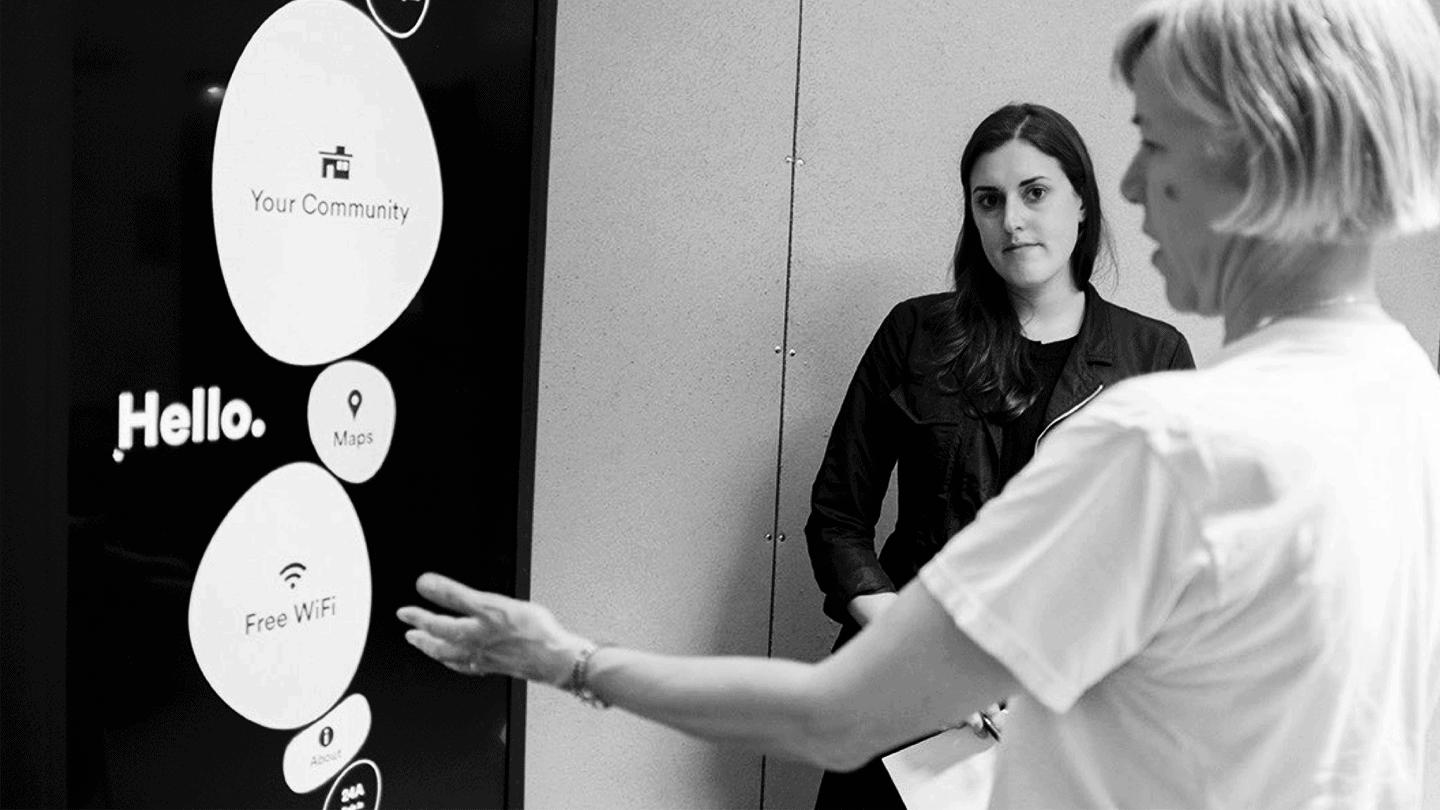 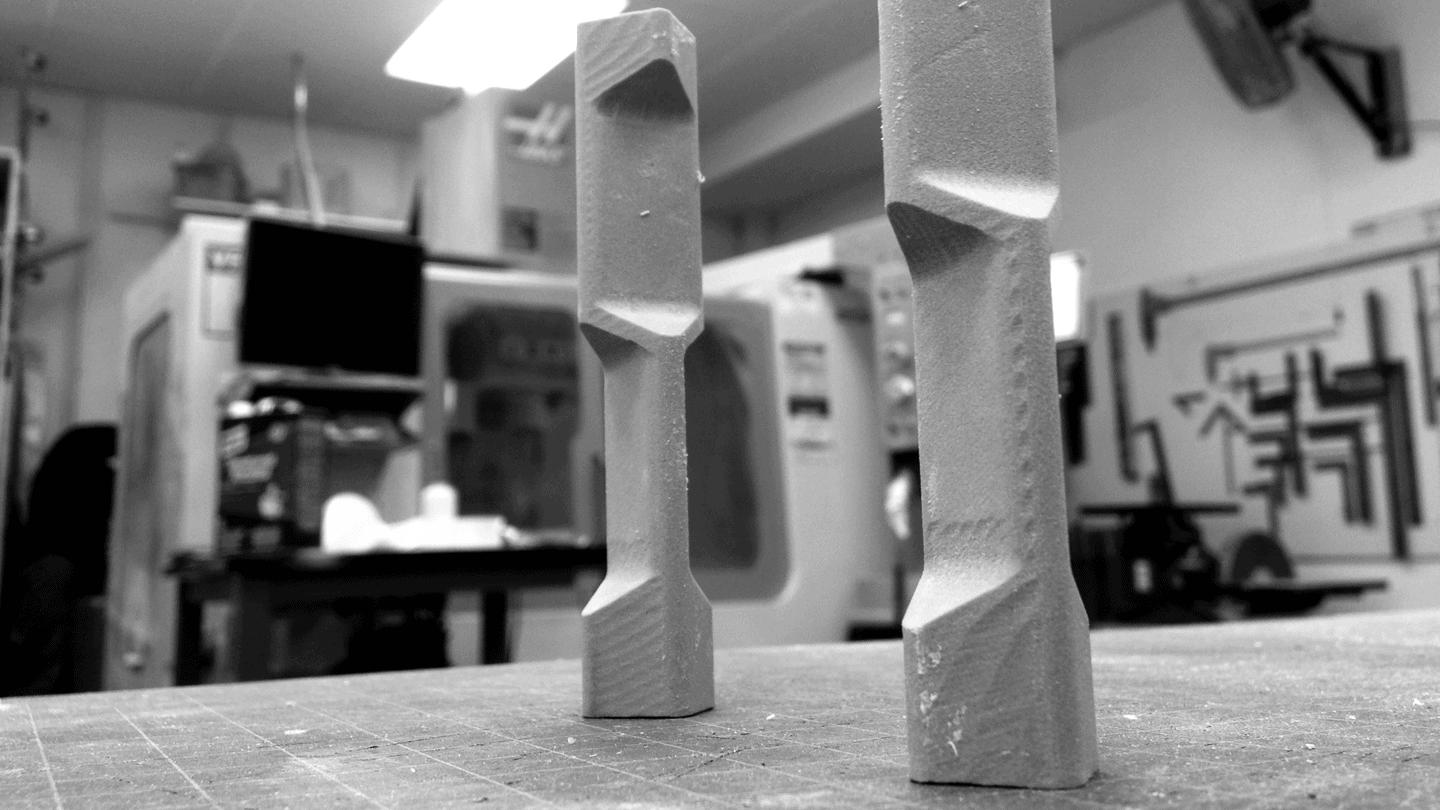 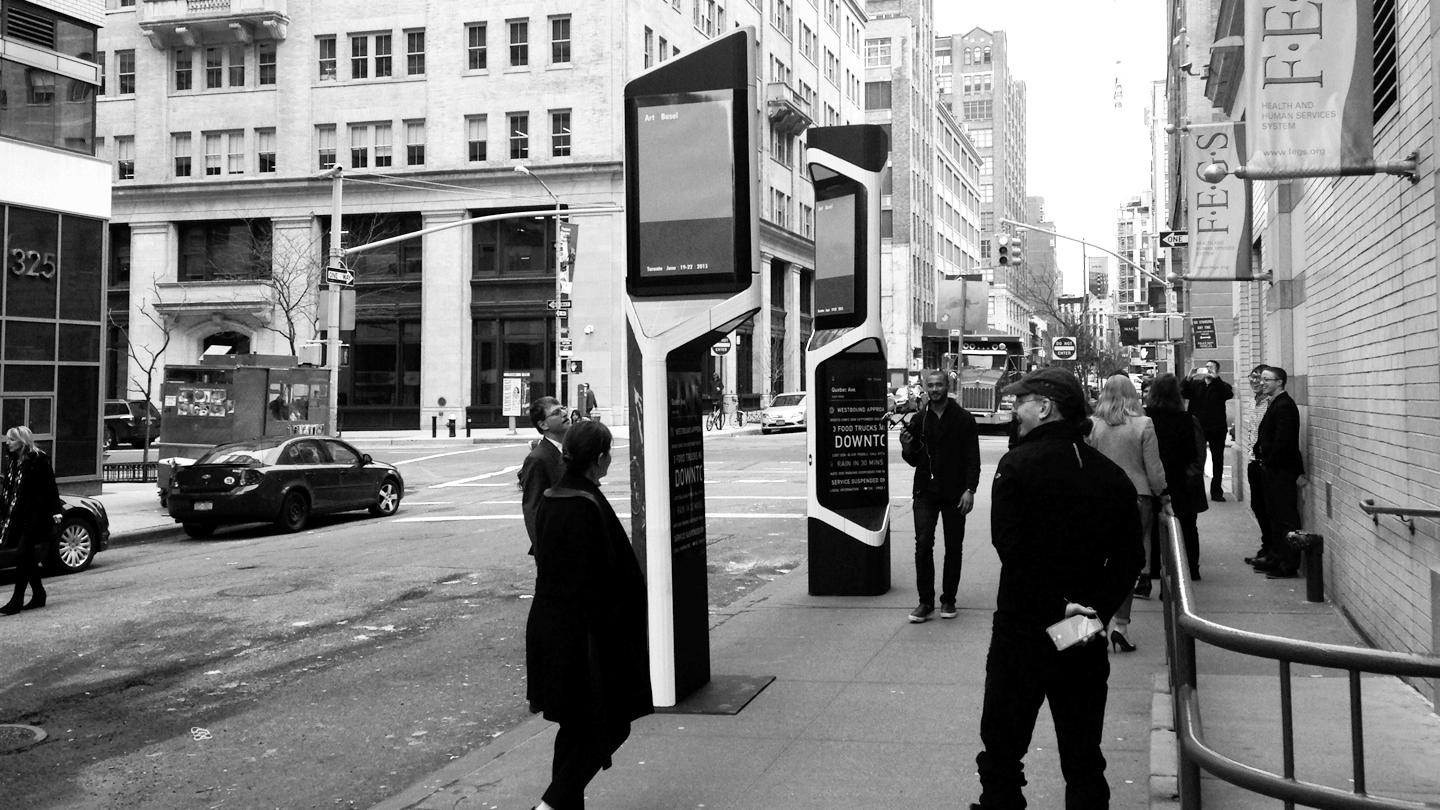 Beacon: A concept for the city by citizens

As the contract for New York City’s street corner phone booths were nearing renewal, the New York City Department of Information Technology and Telecommunications opened a competition for innovative proposals for new urban infrastructure that would replace the payphone. A multi-disciplinary team of frog designers in the New York studio took this challenge to heart.

Having recently experienced the effects of Superstorm Sandy, the NYC team had personal experience with how the urban environment reacts in a crisis, and how the needs of the city, its citizens, and its communities can change dramatically. The team designed Beacon to be a resilient part of a dynamic city with multiple redundant power sources, such as solar, and the ability to provide service and community alerts through low-power top displays.

As proud New Yorkers, the team also took the city itself for inspiration in the design, echoing the landmark Flatiron building in the form, and the different levels of view to shape the design. Responding to the street-level needs of citizens, the design provided key services from calls to local data on the lower screen; and used the upper screen to provide advertising and heads-up information that could be controlled by the city whether it be for the Marathon or the next urban crisis.

The original concept created a nexus of connectivity for the smart city of the future—a hub that would bring communities together and provide services throughout the seasons of the City’s needs. Beacon was one of six finalists for NYC’s Reinvent the Payphone competition and was presented with the Mayor’s Award for Visual and User Experience.

The initial concept caught the eye of LQD Wifi, a technology startup with the mission to make Smart Cities real through ubiquitous wifi. The LQD team had both a mission and a technology vision and sought a design partner to give the promise form. The functionality, design and thought behind frog’s concept were a perfect fit. Through our portfolio frogVentures, we invested our original design and subsequent work into the company, taking an equity position alongside the founders. Our joint team then embarked on a close partnership to bring the full hardware, software and service platform to market.

When building new businesses from the ground up, we use our venture design approach that prioritizes business impact while optimizing time to market. Jumpstarting the commercialization work, LQD and frog rapidly developed a diverse range of new concepts to pressure-test the original Beacon concept. Ultimately, the group made the unanimous decision to proceed with only minor refinements to the original design to take advantage of new technology and commercialization opportunities. Renamed Palo, the detailed industrial design and engineering of the product got underway, with frog’s New York team frequenting the Long Island production facility to roll up their sleeves on the factory floor.

Concurrently, the team dove deep into the business and service model. They identified that Palo’s street corner real estate could support a more valuable network-access business model, permitting a departure from the original advertising-based model. The design grew in height to accommodate the new network features, the most dramatic form change in the evolution from Beacon to Palo. The touch-based digital ‘citizen’ experience was prototyped and developed in parallel as the hardware progressed into a robust, manufacturable outdoor communications platform.

In June 2015, Palo made its industry debut at the Intelligent Communities Forum summit in Toronto. The design made waves for the second time, and set new partnership conversations in motion that would reshape LQD Wifi—and the cities it was founded to serve. In early 2016, Palo beta units were installed as part of the Toronto Waterfront redevelopment project.

In November 2016 it was announced that Verizon had acquired LQD Wifi as a major step forward for their ‘Smart Cities’ strategy for urban infrastructure. This triggered the third name change for the design, as it became known as the Verizon Digital Kiosk — but the concept retained its physical and user experience design, and augmented a portfolio of other products including energy-saving street lighting, smart traffic control, and intelligent video solutions with its communications platform. Verizon launched a beta version of the Smart Cities initiative at the 2017 Super Bowl in New Orleans, debuting the Digital Kiosk as a way for event-goers to gain access to Super Bowl information and wifi for mobile devices.

The first permanent installations of the Digital Kiosk began in New Rochelle, NY in 2018, only five years after the initial concept was conceived. The kiosks will continue to roll out to cities across the US.

Making Concepts Live in the Market

The core vision behind the Digital Kiosk is a device that serves the needs of cities and citizens through its multi-level design, and through redundant internal systems designed to survive the realities of street and digital life. This vision remained true through business model evolution, industrial engineering and manufacturing, and changing ownership and stakeholders. The design began with user empathy, an understanding of the urban context and a passionate belief that all kinds of design can evoke an emotional response. Because of the relative speed and iterative nature of this work, the project was selected by Harvard Business School as a case study for their students to understand the value of venture design, and its application to complex systems of physical, digital and service design.

frogs live for these launch days, and through our team’s passion, our Ventures partnerships, and design craft we’re proud to see this concept take shape in the world. 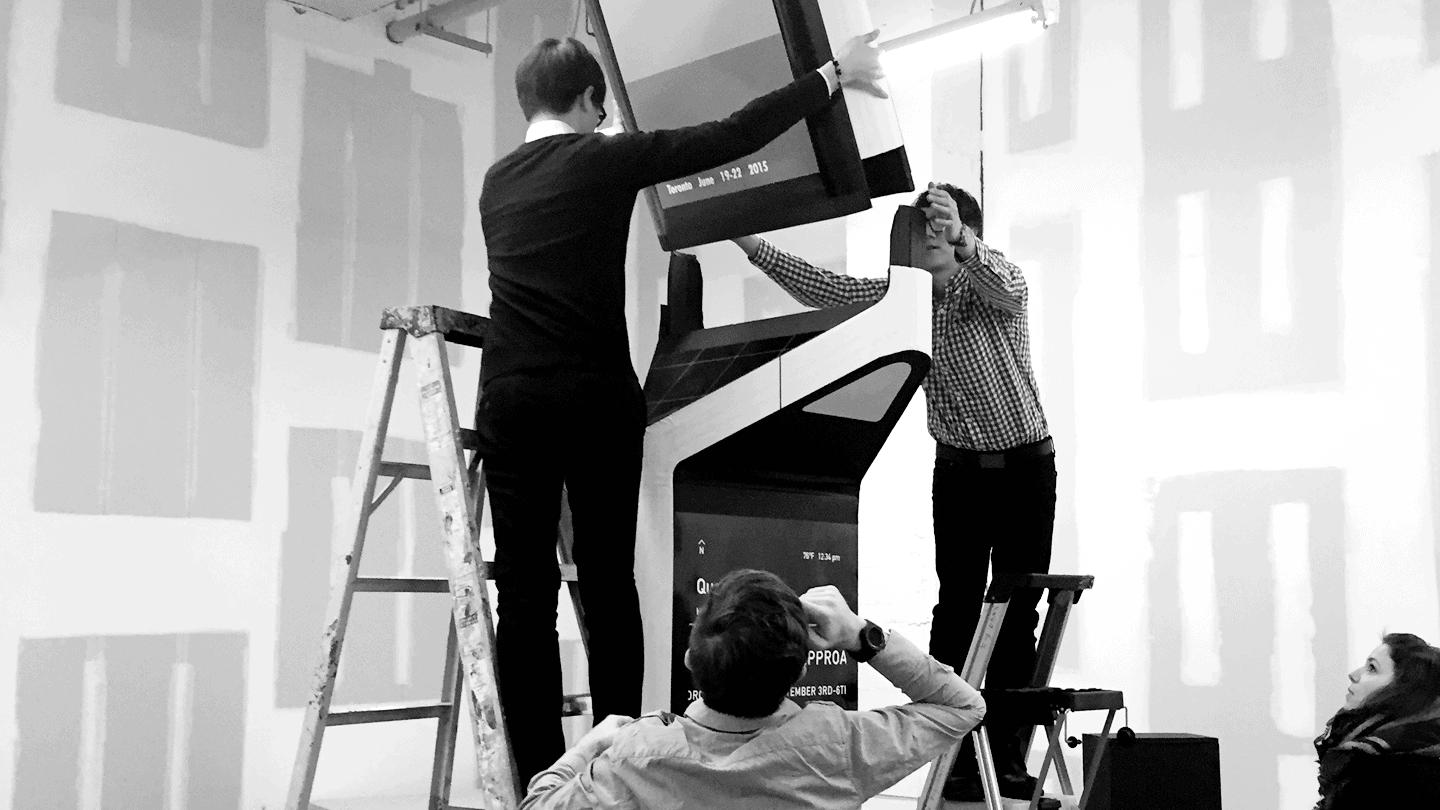 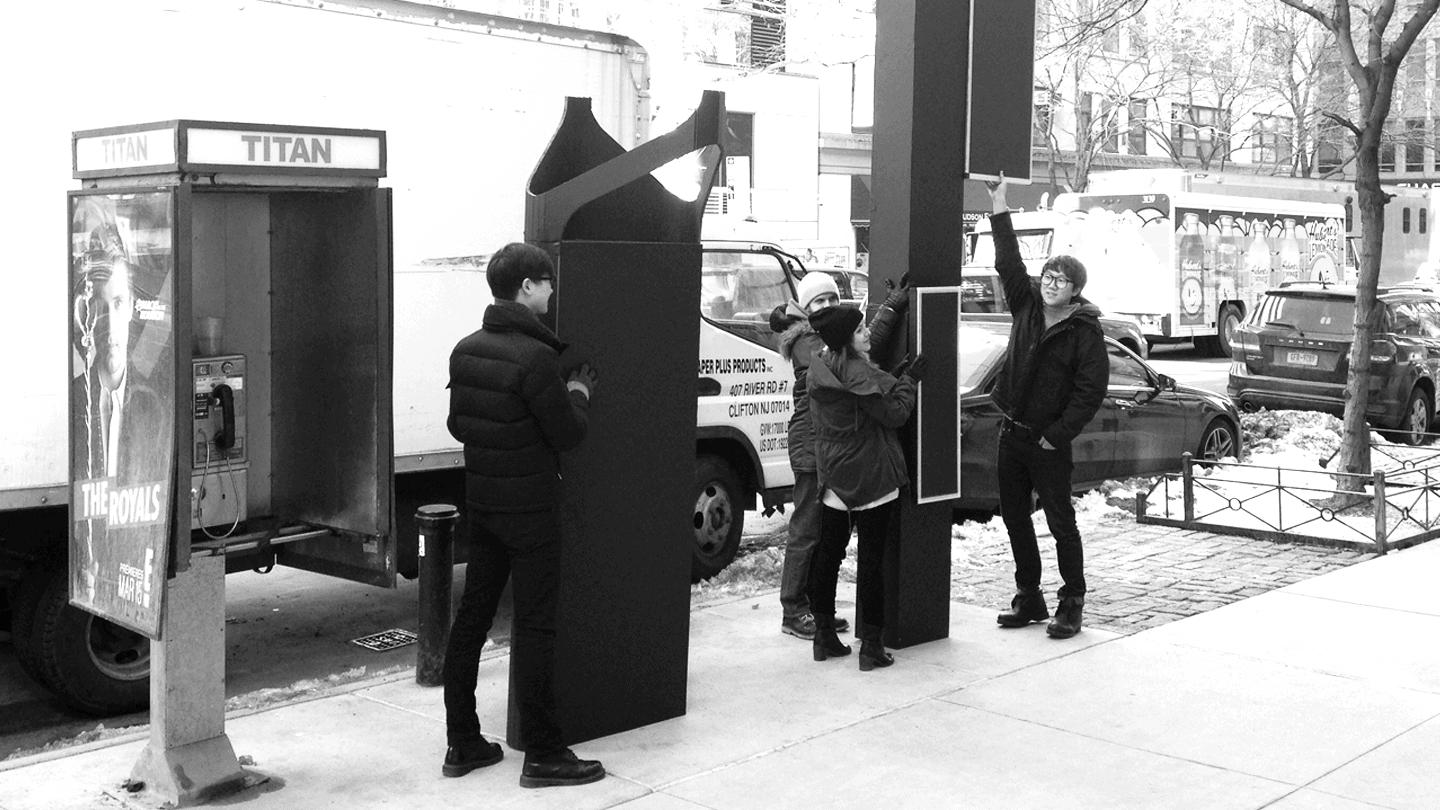 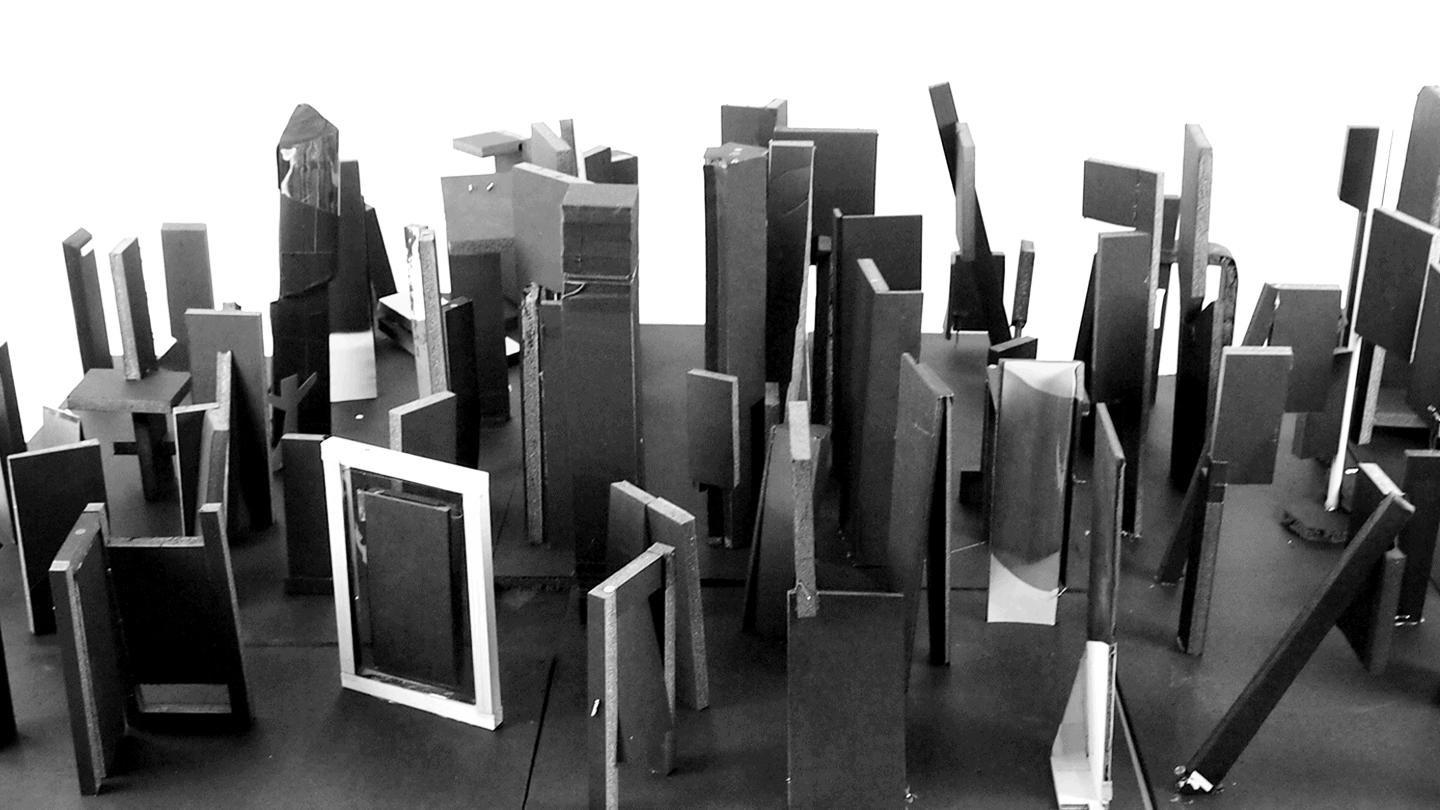 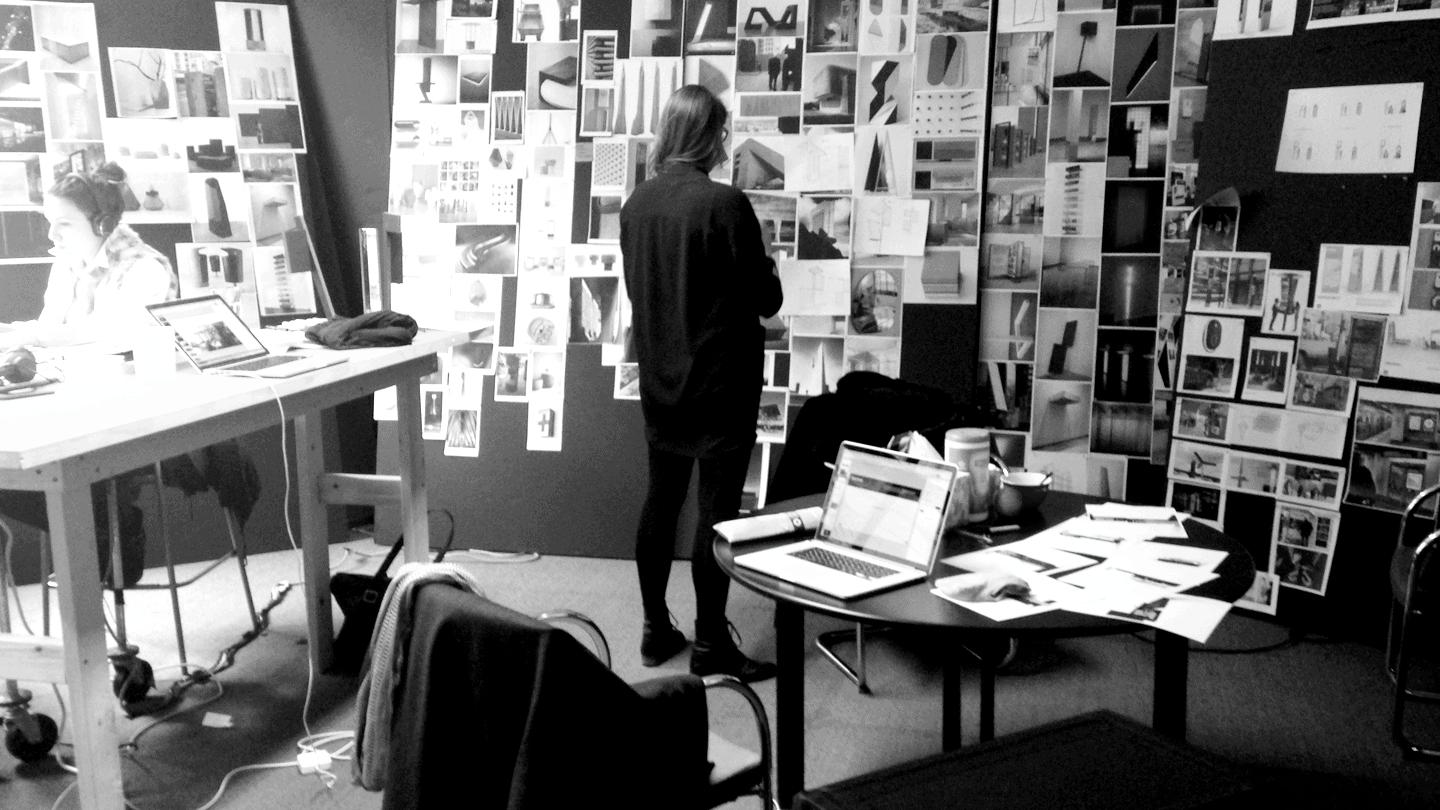 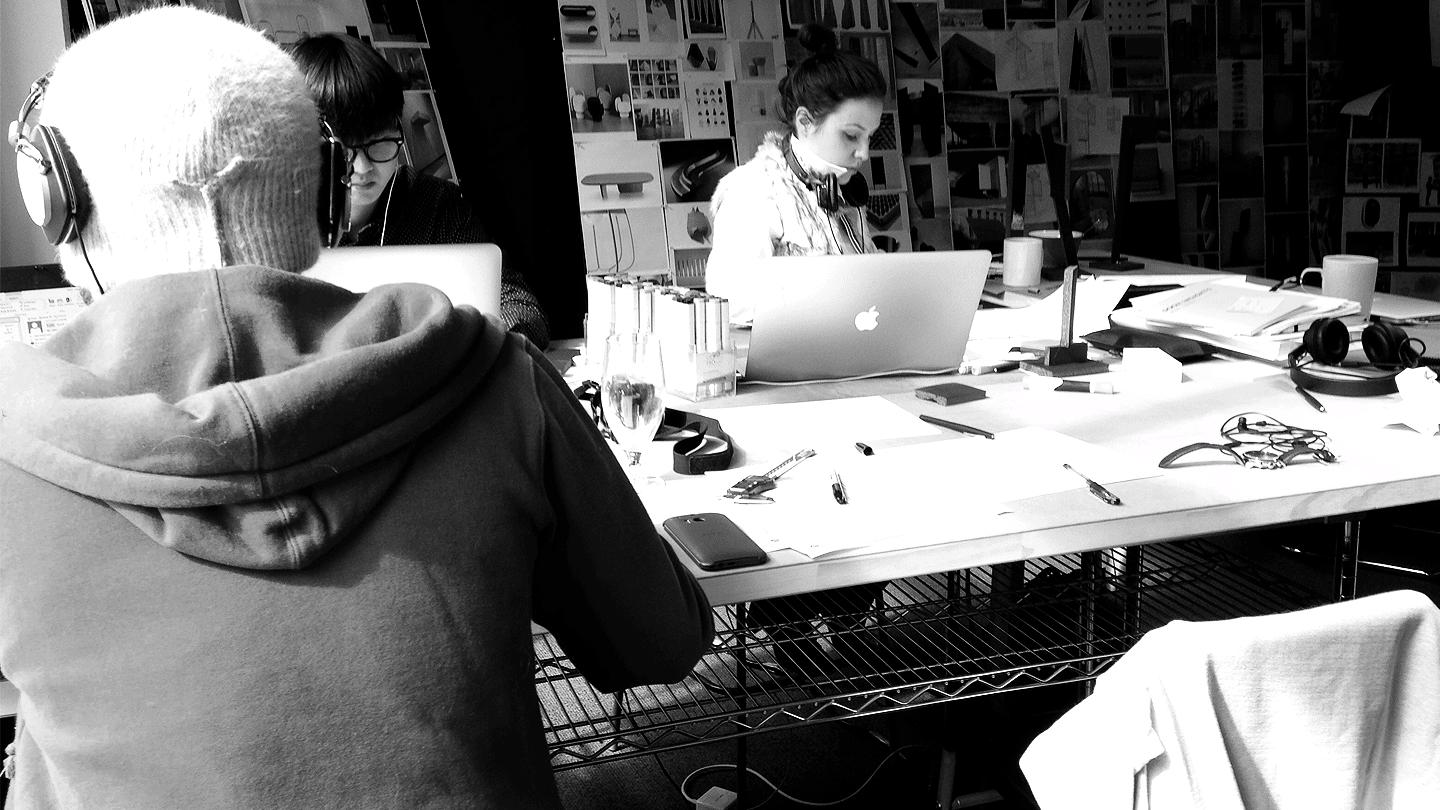 Congratulations to the multidisciplinary team from frog, LQD Wifi and Verizon who made Beacon / Palo / Digital Kiosk a reality.