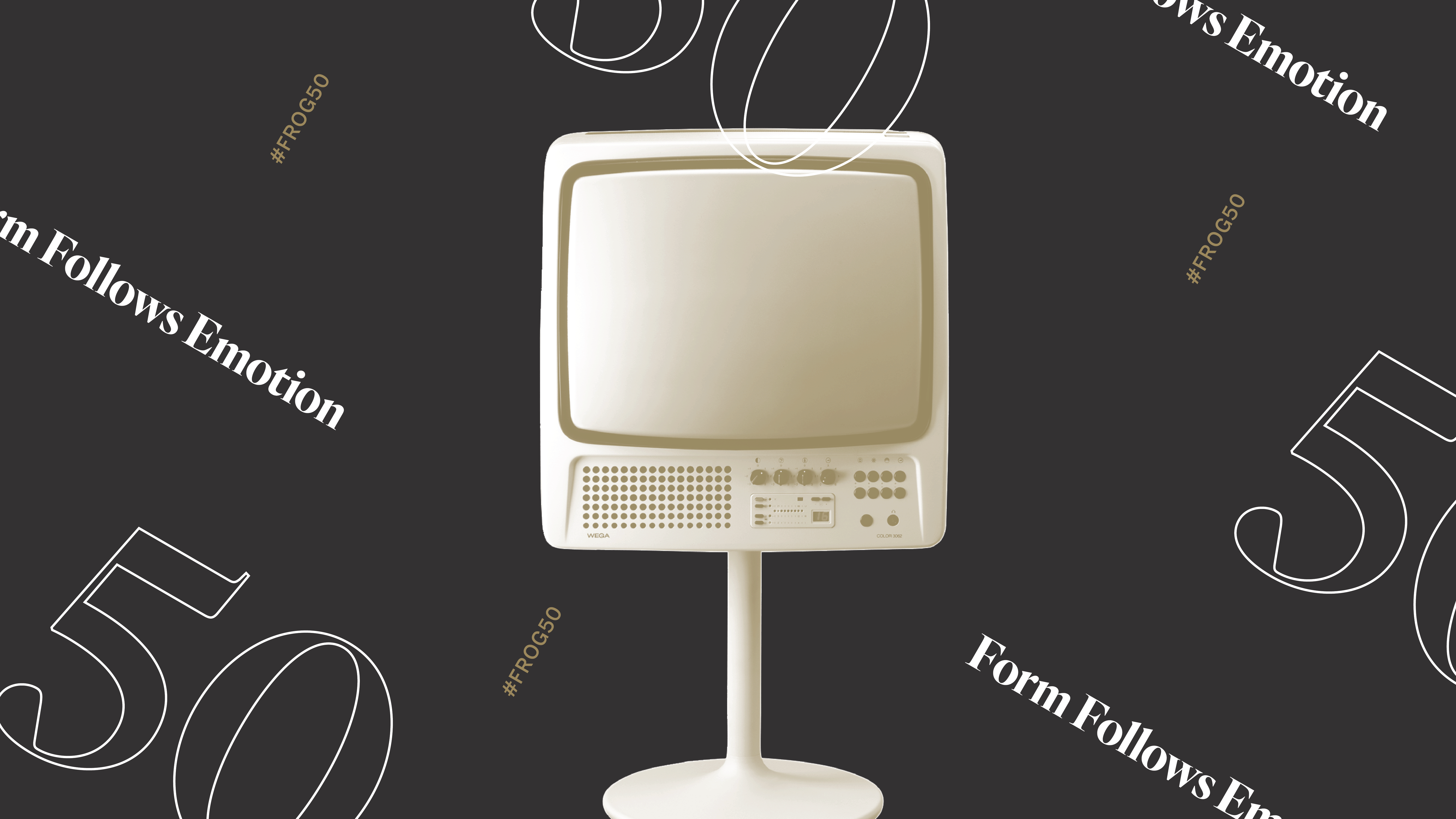 As part of Milan Design Week, frog hosted the latest in our series of mixed media and gallery exhibits celebrating 50 years of designing for clients all over the world.
By frog

Salone del Mobile, a fixture of Milan Design Week, is comprised of thousands of individuals and businesses showcasing design in all its forms to a massive global audience. To contribute to the city-wide celebration and commemorate 50 years of business, frog opened its Milan studio doors to the public for the latest installation of the ‘Decades of Innovation’ exhibit.

Decades of Innovation is a collection that combines interactive digital experiences with a physical display of current and legacy frog products. As part of the event, guests from the design community and beyond were greeted by an interactive AR experienced created by frog technologists in Milan that face-swapped guests’ faces with those of our “frogs.” The studio-wide installation also included story spotlights on innovative client projects throughout our history. 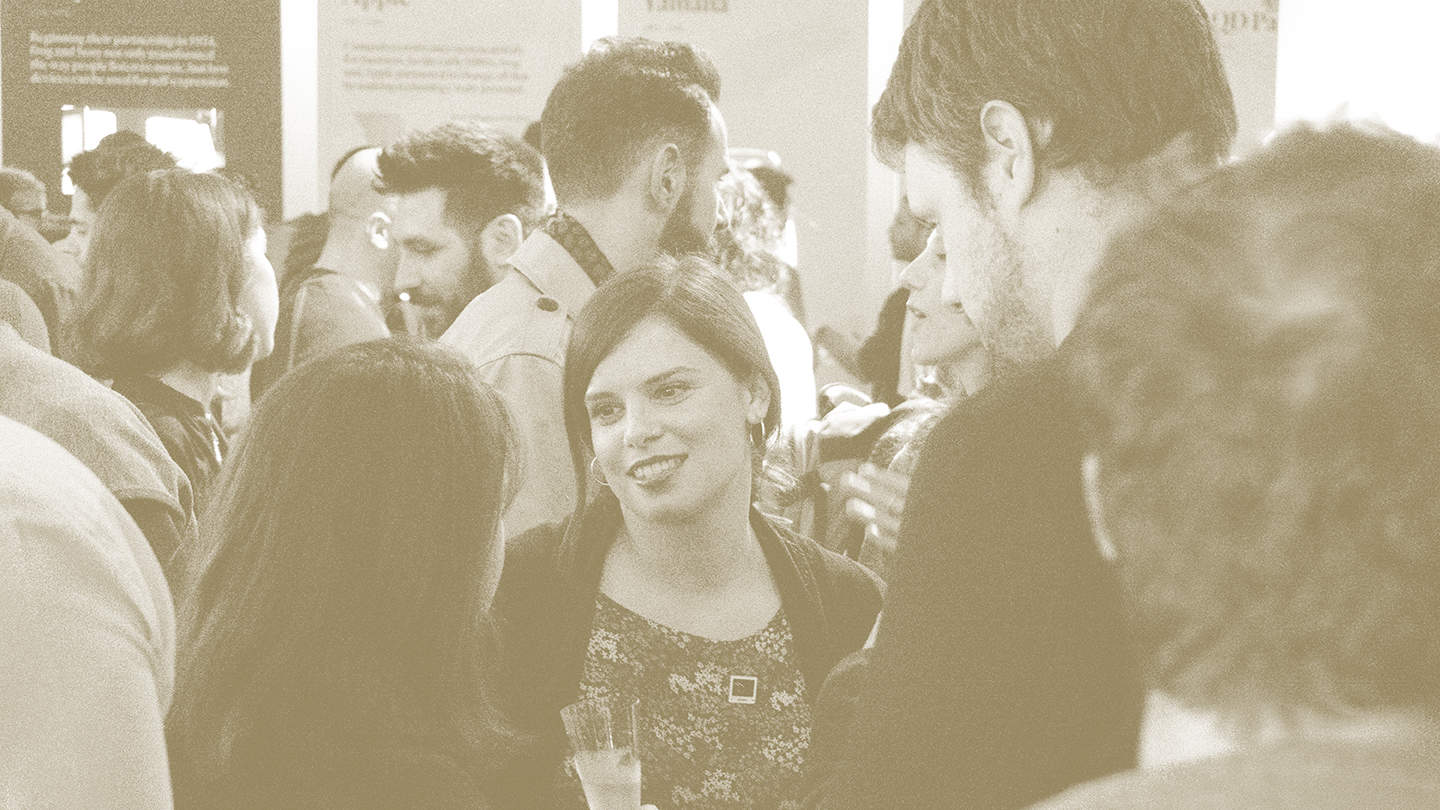 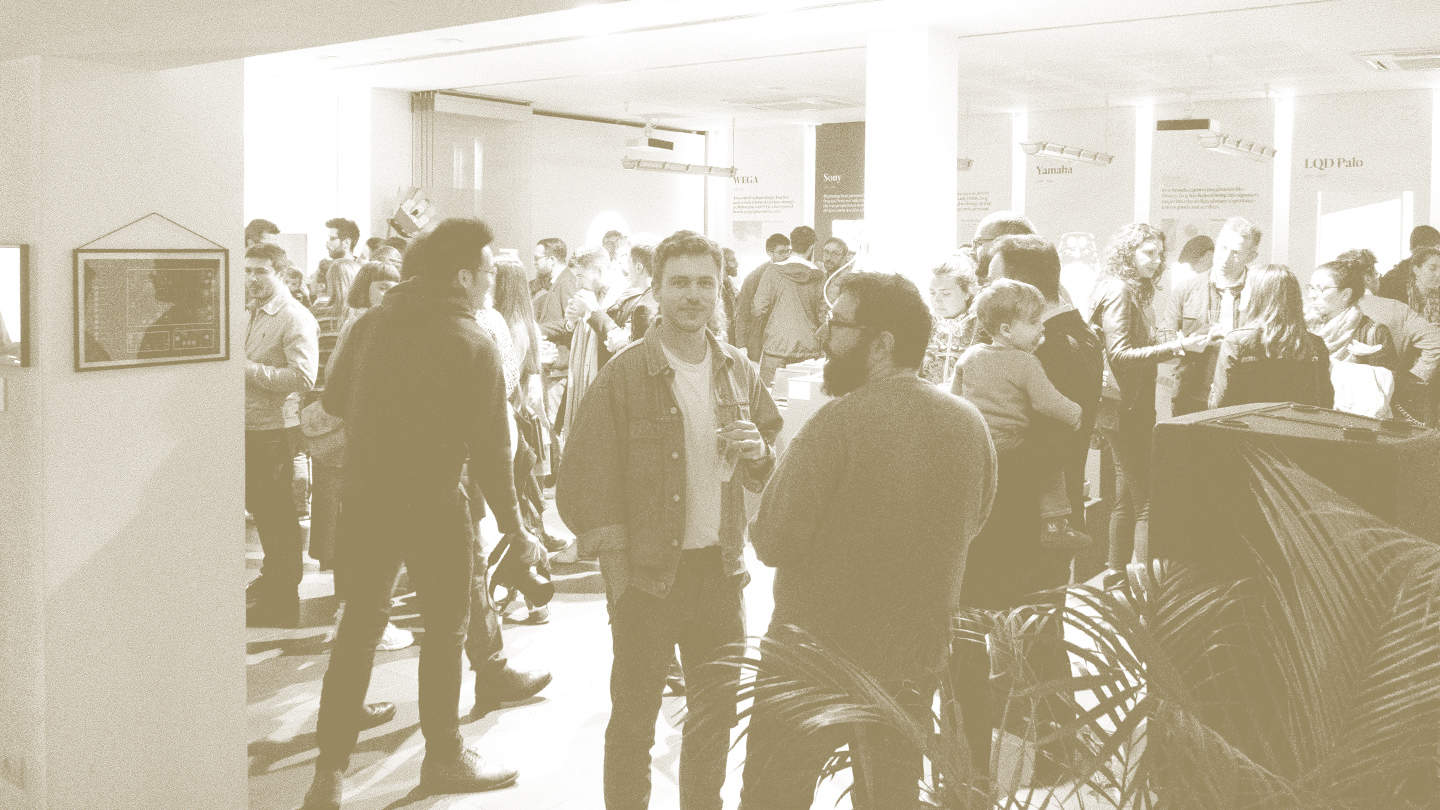 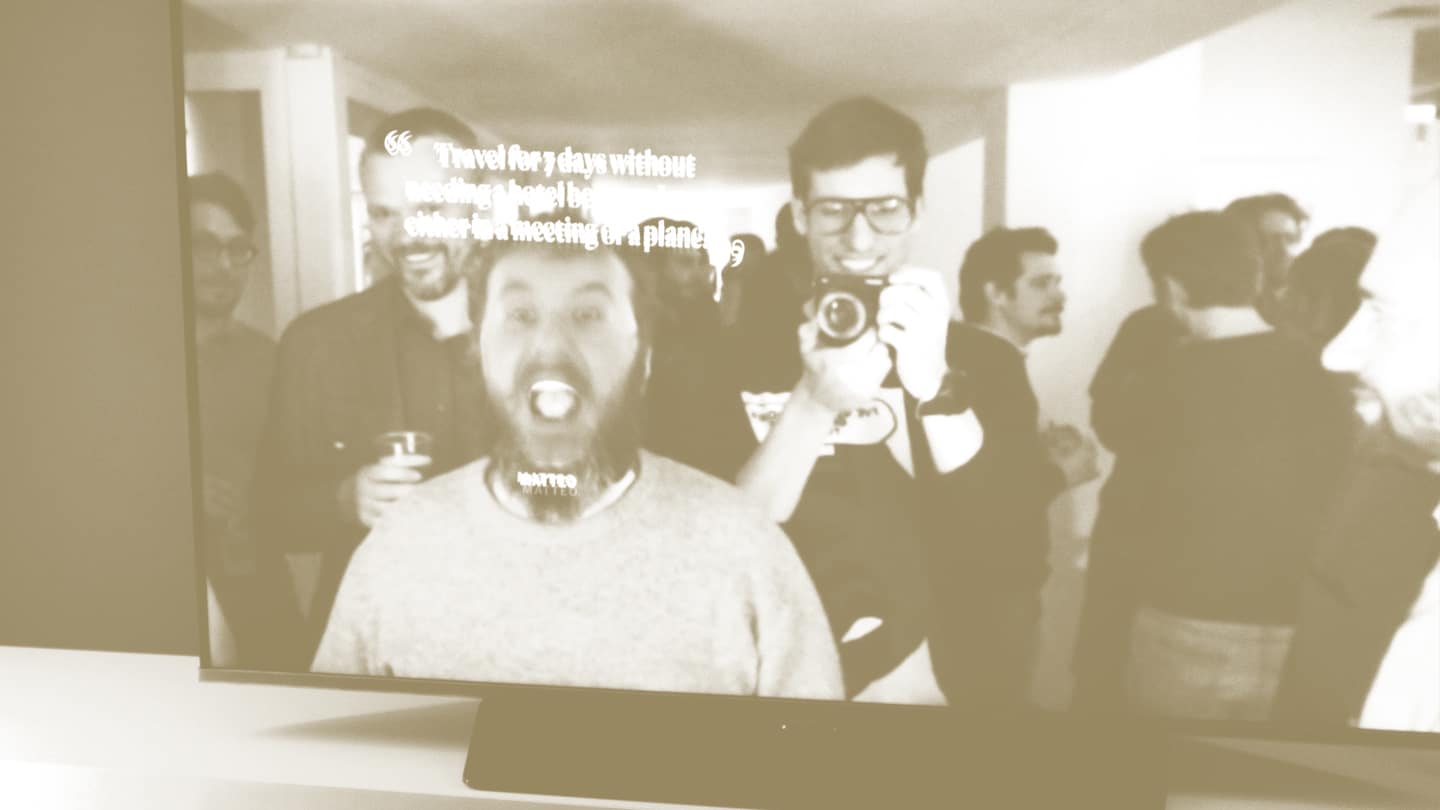 Stationed on an arrangement of plinths were real frog products designed for clients over the years, including the award-winning Apple Macintosh SE personal computer, the frog Revolver portable power source, and the Meizu PRO 7 phone launched in 2017. Representing the Milan studio was the Mr. Hippo device, an iconic and kid-friendly nebulizer for medication. Throughout the space, team photos, product advertisements and other frog memorabilia lined the walls, allowing the hundreds of Salone del Mobile visitors to be fully immersed in the cultural impact frog has helped put forward over the last half century.

While frog launched its Milan studio more than a decade ago, frog’s presence in Italy goes even further back, partnering with clients representing businesses in the country and across the region for decades. In October of 2018, frog Milan launched My AXA, an insurance app for AXA Italy. In 2015, frog redesigned the retail banking experience with Intesa Sanpaolo. For Sky Italia, frog designed and helped launch Sky Online, a streaming service for premium content. Other frog projects in Italy also include designing the web version of Vogue Italia (Vogue.it) in 2009, as well as that of multiple digital design programs with RCS MediaGroup, such as with Italian daily newspaper Corriere della Sera and the very popular Living Magazine.

Over the year, frog will be rolling out more chances to catch frog50 exhibits in frog studios across the globe. So far, we’ve celebrated in Austin, Munich and now Milan. Follow us on Twitter and LinkedIn for details on events still to come in New York, San Francisco and more. For now, you can also check out the frog50 gallery for a closer look at the sorts of products and stories featured in the exhibits.