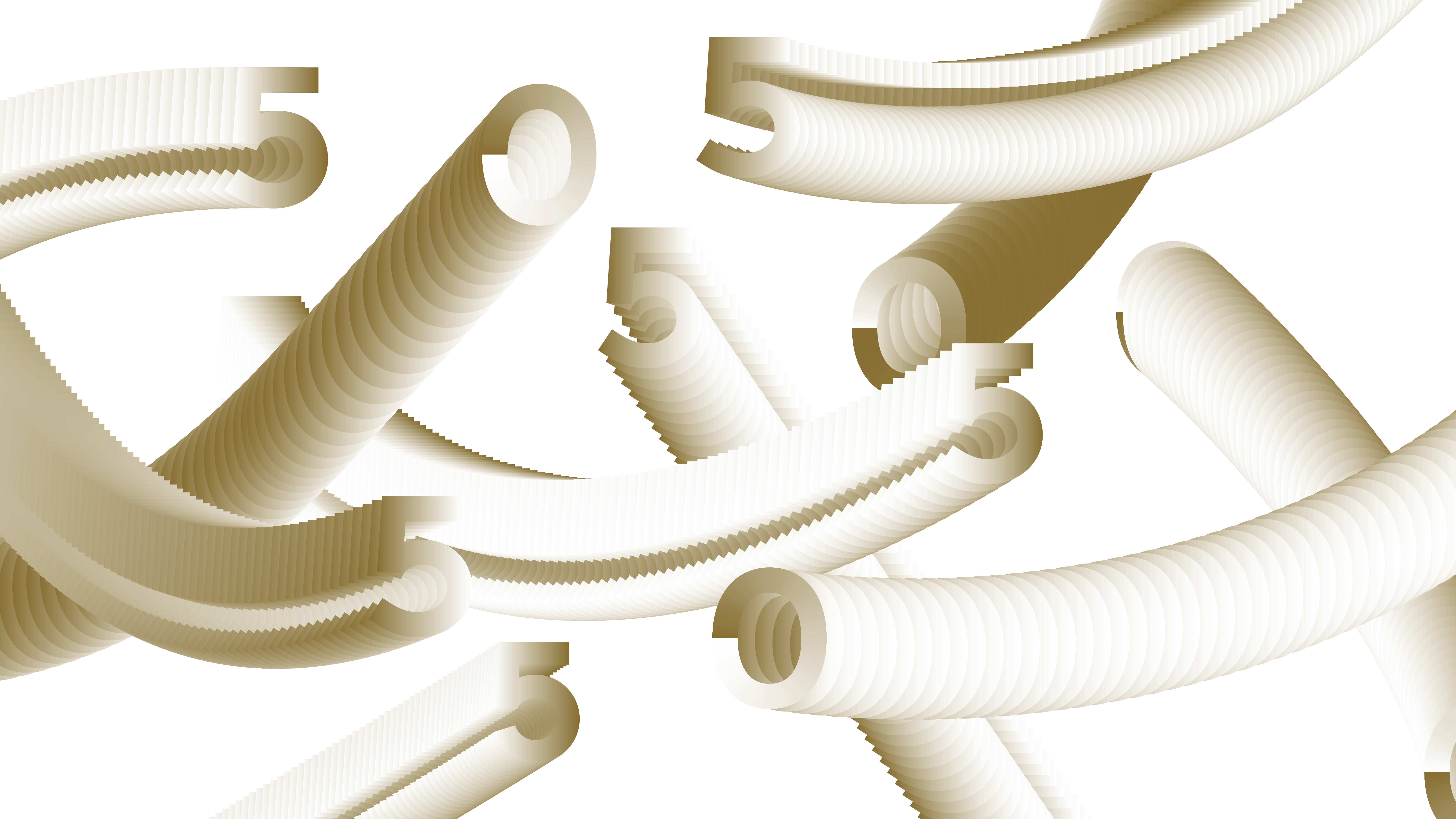 frog’s past leaders returned to their German roots to share lessons from the first five decades, success stories, struggles, and their view on what will take frog into the next 50 years.
By frog

When Hartmut Esslinger started a design studio in his parents’ garage, he had no idea where it would take him, nor that it would still be in business more than 50 years later. He just knew he wanted to make things—and that he did not want to be told how to do it. During Munich Creative Business Week, Esslinger shared the story of finding his way in the design world, from defying engineering professors to striking out on his own while still a student. “I never could behave because why should I?” said Esslinger, speaking from the stage in frog’s Munich studio.

Indeed Esslinger’s rebellious spirit led to frog’s prevailing mantra, which is the belief that ‘form follows emotion.’ But according to his wife, business partner and frog former co-CEO Patricia Roller, what truly sets frog apart is a balance of creative and operational sensibilities. “There’s always the creativity and the people that are willing to come up with new ideas, change minds, but you also need a certain pragmatism to see it through. I think frog is 50 years old because of that. It’s the brain and the heart together.”

As part of our year-long celebration of frog’s 50th anniversary, we invited Esslinger and Roller to Munich to talk about everything: launching the firm in Germany, earning international recognition with first clients WEGA and Sony, expanding the company into the US after winning a bid to design computers for Apple, as well as the state of design today. The night’s discussion was introduced by frog President Andrew Zimmerman and moderated by frog Vice President of Creative and Head of Venture Design Ethan Imboden.

Throughout the evening, conversation often turned to frog’s entrepreneurial history. Roller and Esslinger spoke openly about the wins that kept frog on track, as well as the big swings that failed to land. One such example was FROX, a digital home entertainment system. Calling it the Netflix of 1986, they discussed the hard times following this ambitious but ill-fated investment. “There was a moment in our lives where I was richer than Hartmut. He had five bucks in his pocket and I had seven,” said Roller.

Even when looking back at the tough times, the two have no regrets. “Design never comes easy,” said Esslinger. “I think you have to believe and then put everything on it. Sometimes you stay on too long, but I think when you have something and you give up too early it will haunt you all your life. Maybe it’s a Black Forest mentality. You work until the tree is falling.” 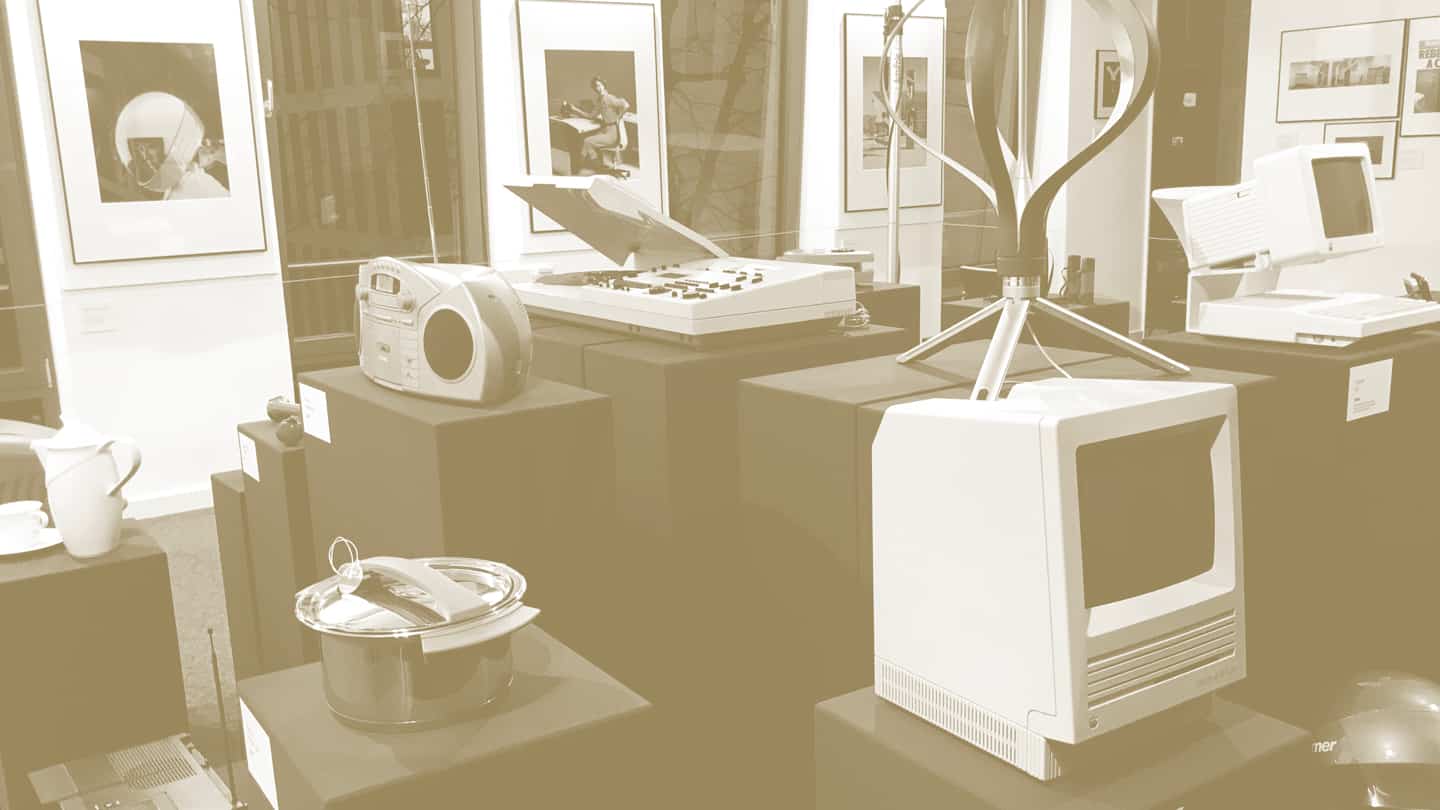 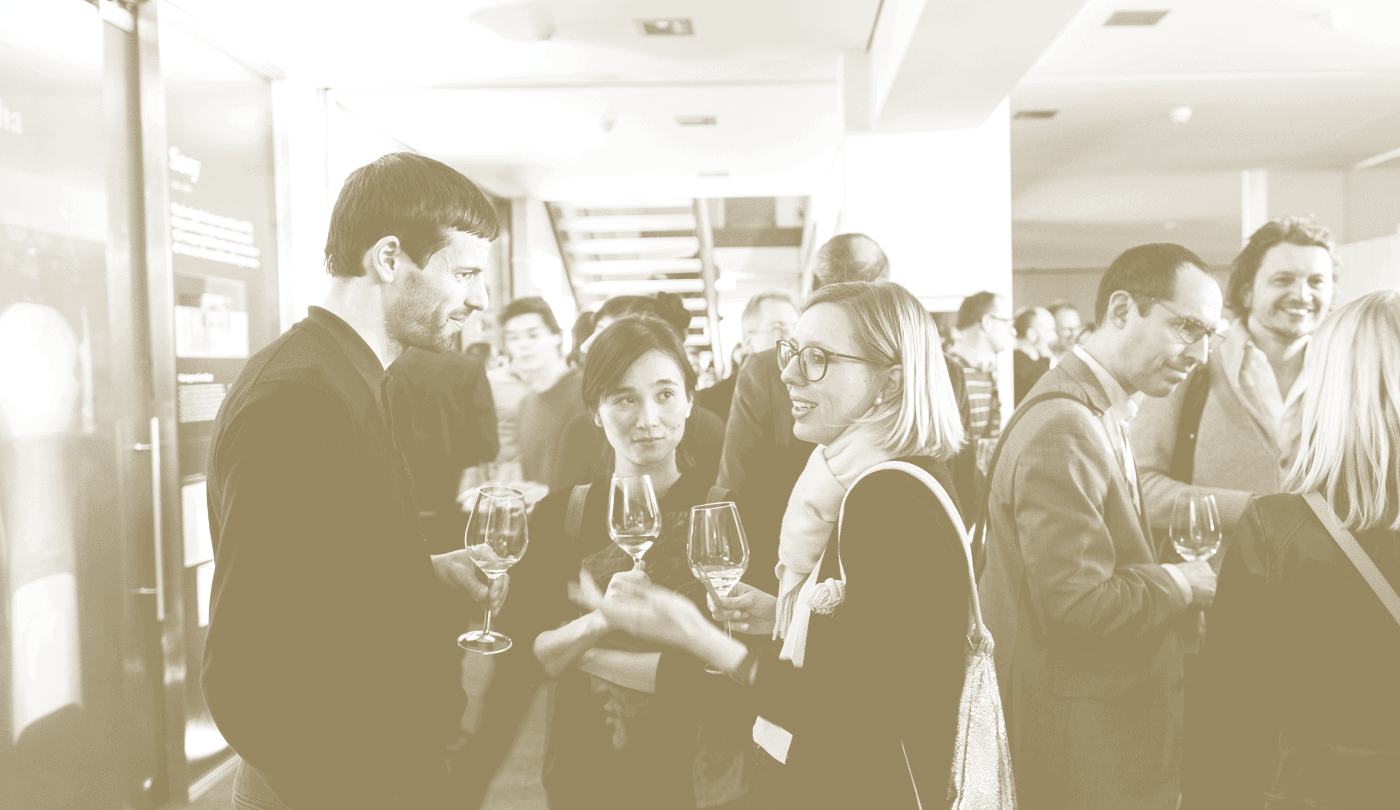 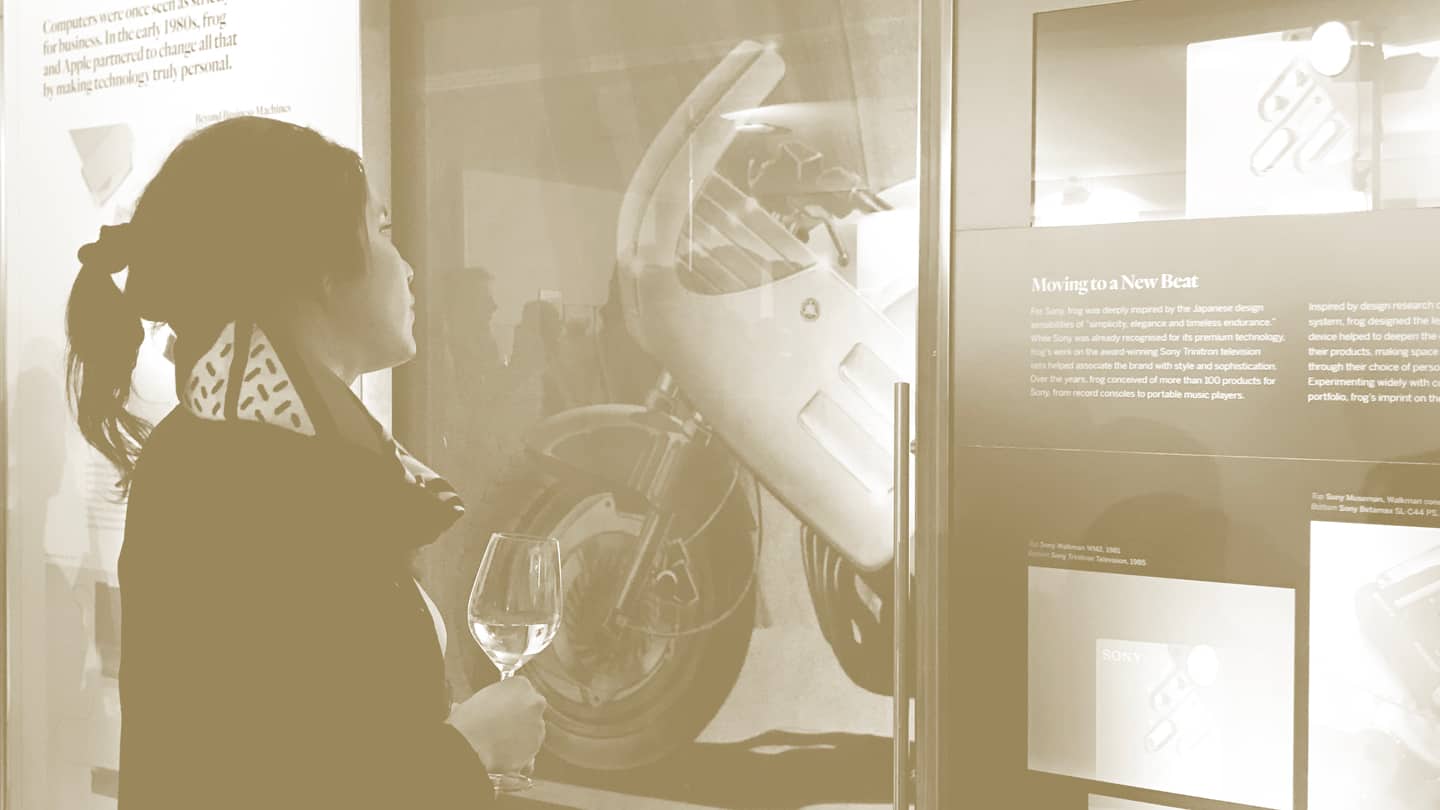 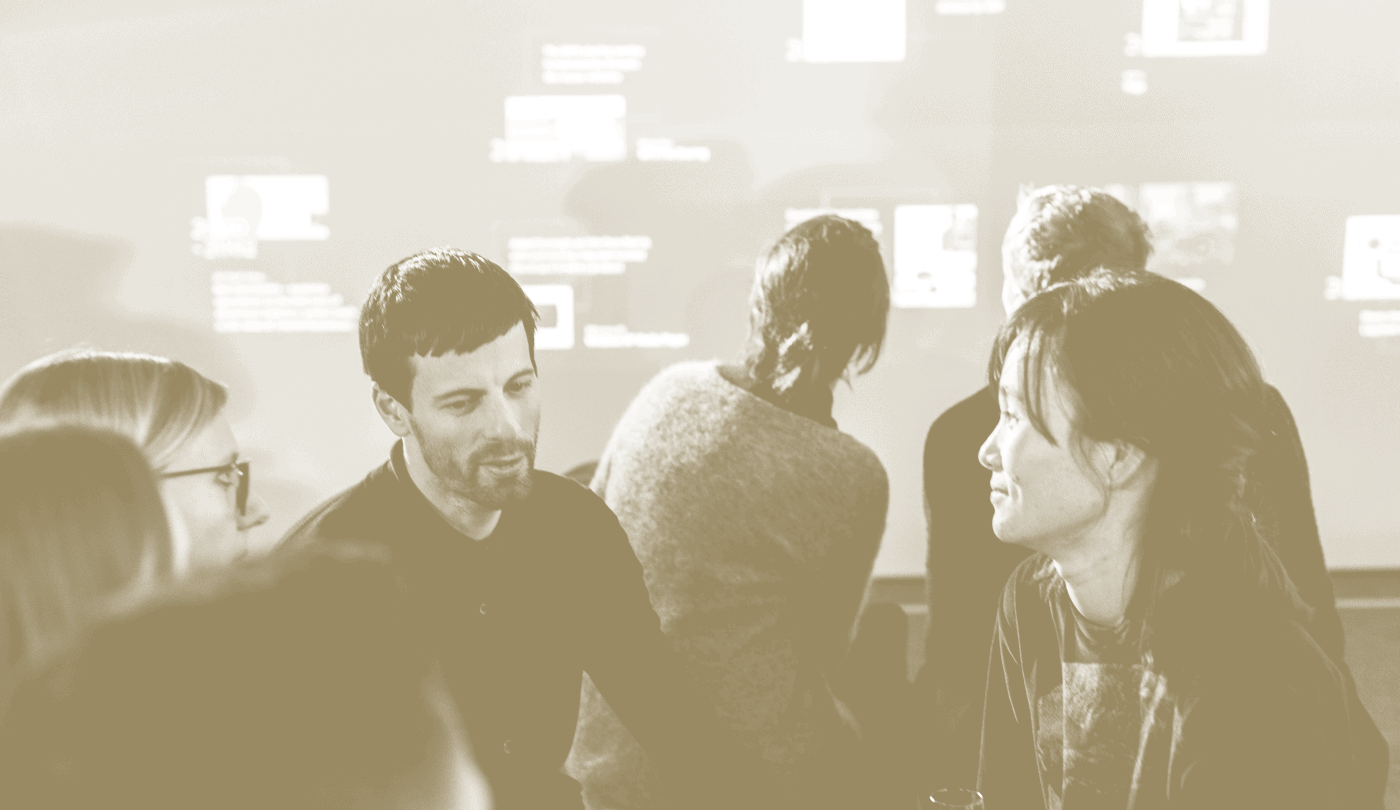 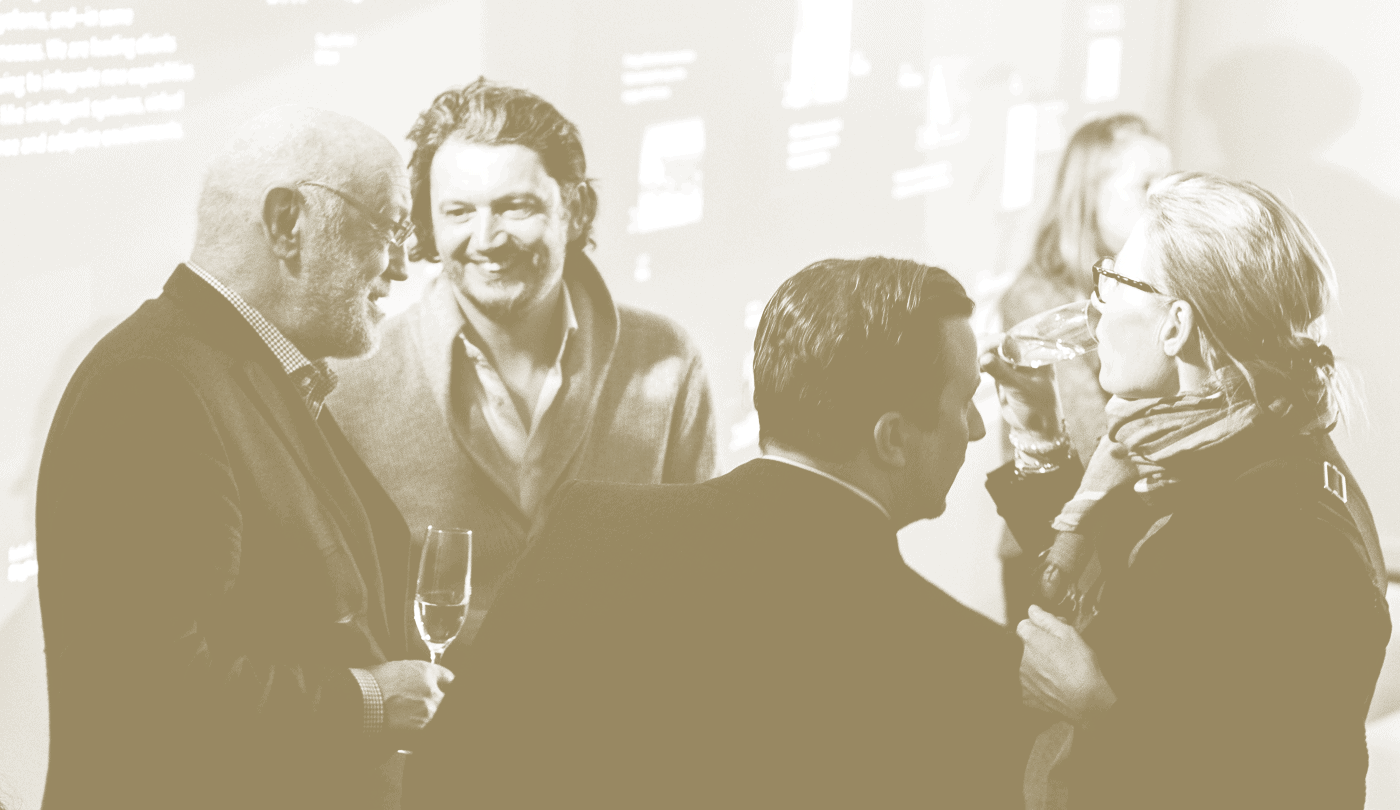 To highlight the diversity and evolution of frog’s product portfolio over the past five decades, the Munich studio installed a gallery of current and legacy products, process photos, concept sketches, prototypes and even early advertisements by renowned photographers.

When speaking of the state of the design industry today, Roller stressed the need for the design process to continue to be treated with respect, as well as to be rooted in hard skills. “You wouldn’t do musical thinking or doctor thinking, but you do freaking ‘design thinking,’ like, what is that? You can’t build something from nothing.”

In the years since leaving frog, Esslinger has devoted much of his life to teaching. Among the crowd in Munich were many of his students from over the years, some of them current frogs and frog alum. Said Esslinger, “My students are my children to me. frog is a big baby, my students are the smaller babies. I can only say I am blessed to have had such a life.”

From humble beginnings building models in the family bathtub to a network of studios and clients all over the globe, frog has grown considerably over the past 50 years. Said Esslinger, “frog is a very special place because we provided something I don’t think was there before [in 1969], which is respect.” Calling frog a successful ‘experiment,’ Esslinger maintains that respect for design and a healthy dose of competitive edge is what sets frog apart today. “frog changes a lot, but we are lucky to attract people who share our values. I would just say only the best. Second place is the loser. That’s the spirit of this company.”

In recent years, Esslinger has won multiple lifetime achievement awards for his design contributions, yet he credits Roller for being the business mind behind frog’s first decades of success. Together, the two demonstrate the unique combination of creative and operational savvy it takes to push a business like frog forward. “There was always opposition, but I’m really lucky that I found the way, the life of a designer,” said Esslinger. Added Roller, “And we’re not done yet either.”