The limiting factor for all voice assistants to date has been the technology itself. In the same Capgemini report, only 28% of consumers described the voice experience as great, while 59% said it needs improvement. Consumers are clearly optimistic that the technology will improve, and will use it when it does.

But which voice assistant will consumers use? There are multiple options. Car manufacturers reluctantly ceded cockpit screens to Apple (CarPlay) and Google (Android Auto), in effect letting the wolves into the henhouse. As anyone with a newish car knows, these familiar smartphone operating systems sit in the car alongside the automakers’ own OS, and increasingly an in-house voice assistant. This side-by-side acquiescence is today’s cease-fire resolution.

And yet, the fact is, voice is a how, not a what. When automakers treat voice as a way to improve the driving experience they are missing its real potential: it’s a channel for deeper consumer engagement as the car cockpit evolves to become a multi-trillion-dollar marketplace for digital services. Consumers sit captive for hours at a time, meaning it’s time worth fighting for. Big tech is betting that in-car commerce will be a voice-driven enterprise, and Apple, Google, and Amazon are working hard to establish pole position.

Case in point: at this year’s Consumer Electronics Show in Las Vegas, Alexa Auto had its own space to promote Echo Auto (an Alexa-enabling in-car plug-in) and its dozens of in-car integrations; its showcase was the Alexa-powered Lamborghini Huracán EVO, expected to launch later this year. Google’s was a Volvo XC40 Recharge, equipped with an Android-powered infotainment system and a built-in Google Assistant. Shots fired.

The point is that big tech is focused on the car as an extension of your living room, as the new third space. The winners in the war for your voice will invent new use cases that seamlessly bring your living room, car and workplace together. The winners here will be those who masterfully imagine what’s next and deploy it.

Alex Stock is a Partner at Fahrenheit 212 and a Vice President of Innovation and Strategy at Capgemini Invent. He has set innovation agenda for the world’s largest companies and brought dozens of new products, services, and experiences to market. He lives in Los Angeles with his wife and son, where he cruises the Pacific Coast Highway in his 1955 Jaguar XK140 – sans voice assistant. 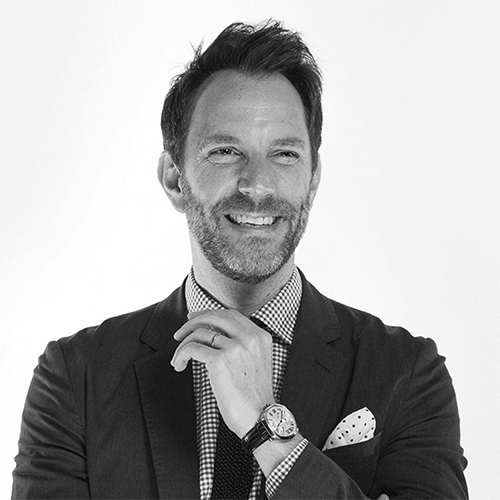 Alex Stock is a Vice President at frog and a member of the Capgemini Invent NA Management Committee, frog’s parent company. In his dual role, he helps to envision change across organizations—imagining, designing and building the products, services and business models of the future—by leveraging the combined capabilities of frog and other areas of Capgemini. Alex is an accomplished Innovator. He has a 10-year track record of identifying undiscovered market opportunities and launching new products, experiences and businesses that capture them, most recently co-leading Fahrenheit 212 in North America, now a part of frog. He is a U.S. patent holder and has helped clients to commercialize innovation in nearly every industry. Alex holds an MBA from Harvard Business School and a B.A from U.C. Berkley.