Why Innovation Strategy Is Horribly Broken, And What To Do About It

The point of strategy is growth. The driver of growth is innovation. So why are top tier strategic consultancies struggling so mightily at igniting innovation strategies? And what should you do about it?

If you’re like most business leaders, at some point you glance across the landscape around you, get the nagging feeling that the growth you need isn’t lying around in plain sight, and decide to get some help finding it.

In search of big answers to those killer questions like where to play, how to win, and how to best aim your resources to ignite growth through innovation, you call in some strategic hired guns—a big name management consultancy that nobody’s ever been fired for hiring. The firm parachutes in a few of its best and brightest to live on site, peppering you and your colleagues with questions and data requests. Months later they present their final deliverable. (Oddly, the final package still carries the caveat “draft for discussion purposes,” but you brush that off as a typo.)

Chances are, the content has a familiar ring to it. It’s a robustly supported set of logical head nods, and a well-packaged playback of what you and your colleagues fed them over the course of the engagement. Taking it all in, you feel validated, litmus tested and solidified, though perhaps not enlightened or inspired.

Now fast forward to a year or two later. You once again look at the landscape and find you’re not much further along than you were before. The strategies you hoped would ignite waves of growth through innovation made theoretical sense back then, and still do today. And those consultants, if they’re still in the mix, continue to pepper you with questions. But for all the tidiness and logic the strategy holds, the tangible innovation outcomes you needed it to ignite are still nowhere in sight. The gush of innovations you hoped to see is still a humble trickle.

Waiting for Lift Off

If you’ve experienced this kind of misfire – or to be more accurate, let’s call it a non-fire – you’re not alone. Having the outputs of a top tier strategy firm fail to translate to big innovations is a lament heard with increased regularity from leaders of big and emerging businesses alike.

Ultimately, for all the strategic challenges that top management consultancies are world class at handling, instigating innovation isn’t (or isn’t yet) one of them.

Two important questions jump out of this. Why the struggle? And, more importantly, what should you do about it to ensure you pursue the right innovation opportunities and see them come to fruition?

The answer to the first isn’t complicated, but it is also not readily solvable. Great management consultancies struggle with innovation strategy for four straightforward reasons.

Innovation strategy is very different from the other forms of strategy that big-name consultancies built their capabilities and reputations around. The types of strategy that are their bread and butter can be confidently managed based on analytical assessment of the known. Benchmarking a company’s business models, product portfolios, operational models, cost structures, and performance metrics vs. comparable peers (many of whom are also the same consultancy’s clients) has long been the backbone of top consultancies’ approach to strategy, and will always be fundamental and valuable.

The trick is that innovation strategy is less grounded in the known and the similar. It’s a more forward-looking discipline of opportunity creation.

Unlike other forms of strategy, innovation strategy straddles the provable, the plausible, and the merely possible. It requires levels of creativity, instinct, hunch and intelligent educated guessing that, for analytically-based organizations who built their cultures and reputations on solid provability, falls well outside the comfort zone, and arguably beyond the edge of competency.

The Nature Of Competition Has Fundamentally Shifted

Decades ago, while the choices a company faced didn’t necessarily seem easy, competition was more akin to chess: it was like fighting like. Big companies with largely similar goals and capabilities scrapped with one another for market share and linear performance improvements, enhancing their processes and operations and fighting in well-defined categories, channels, and geographies.

In hindsight, the choices that seemed tough in those bygone days were small debates among various forms of low-hanging fruit. But it’s not that way anymore.

These days competition is more entrepreneurial and willing to take risks. Barriers to entry that once promised incumbents a level of permanence have come down. Technology has leaped ahead at ever declining cost and with open-source innovation, direct access to consumers without massive marketing campaigns, e-commerce, and forces of disintermediation, those big companies can’t just stare each other down anymore.

Where competition once inched along like chess, today it’s closer to Harry Potter’s quidditch: played at lightning speed on a three dimensional field, with three kinds of balls winging in all directions at once, instant directional pivots, and the ability for the game to end instantly – with once solid businesses getting undermined to the brink of extinction. This means the basic premise of strategy practice being founded on the relative competitive positions of similar businesses is obsolete. More multi-billion dollar business have been born in the last few decades than in the 100 years before. Winning and losing happen faster and less predictably.

Lack Of An Inventive Filter

The third area of struggle is that consultancies tasked primarily with analyzing things (rather than creating them) don’t have an inventive filter to apply to strategies under consideration. People who invent for a living will instinctively ask a critical question of gestational strategies: “can we create something big out of this strategy.” They’re assessing that potential strategy’s tensile value to propel them into the inventive phase that follows. If you’ve spent your life analyzing things, you don’t have the instinct and muscle memory to lean on in these moments. What too often happens is that strategies defined without that inventive filter are aligned at high levels of an organization, then handed off to the creative minds accountable for creating something out of it.

They’re asking the “what can we do with this” question after the strategy is baked. And too often, the answer is “not much.”

The success of innovation strategy hinges not only on its ability to make good choices, but to stir the imaginations and passions of the people tasked with turning strategy into compelling new offerings. Strategies aimed at streamlining operations or entering new geographies may not be easy to execute, but they can be tangibly engaged with just a few keystrokes from a CEO. But innovation is different.

In innovation there’s a fuzzy human ignition step that stands between hopeful intent and realization.

Where the “customers” of other types of strategy are a CEO, CFO, board, and division heads, the key customers of innovation strategy include the people tasked with turning it from PowerPoint slides into real things: compelling new products, services, and experiences. Other forms of strategy need only to “inform and choose,” but innovation strategy has to “inform, choose and ignite” – imparting a sense of importance, fascination, possibility, and an opportunity to change the world. They have to inspire intelligent leap-taking.

For all the things that top tier consultancies are best in the world at doing, taking leaps isn’t just non-core, it’s antithetical. In consultancy halls, “that’s a leap Phil” isn’t a compliment; it’s a condemnation of a tenuous unproven assertion. Over the decades that saw these consultancies become great institutions, they’ve sold and honed their offerings as an antidote to unproven speculations, getting out of bed in the morning to ferret out “the leap,” leaving them hard pressed to flip a switch and inspire others to take leaps of their own. That’s what great innovation strategies have to do.

What To Do About It

Innovation strategy is not the same as other types of strategy, and we recognize there are several causes for the struggle that strategy consultancies face when attempting to apply their expertise towards innovation. But how can we move ahead and develop and deploy more successful innovation strategies?

If you’ve already done that strategy work, come in behind it as quickly as you can with an inventive partner capable of mining and elevating that strategy, backfilling that forward looking, inventive orientation it may not yet have, then turning it into the big new offerings you need to hit your growth goals.

2. If you’ve already done that strategy work, bring in an inventive partner capable of mining and elevating that strategy as quickly as you can to backfill that forward-looking, inventive orientation the strategy may not yet have.

3. Turn it into the big new offerings you need to hit your growth goals. Move quickly to turn that strategy into tangible stuff.Any strategy, even a great one, has a built-in half life. The clock starts ticking the minute it’s sold in. The longer it takes to monetize a strategy, the higher the odds that leadership and the organization will start to doubt it. Leaving you looking across the horizon, wondering who the growth will come from and starting the loop again.

It all starts with understanding that innovation strategy isn’t like other forms of strategy. Find the right mix of skill sets to span the comforting confidence of the known and the forward looking pang of the possible.

The countdown to lift off starts now. 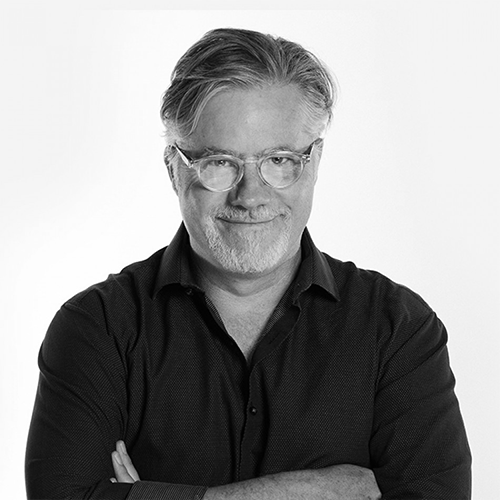 Mark Payne is Global Head of Consumer Products at frog. As Co-Founder and President of leading innovation consultancy Fahrenheit 212, now frog, Part of Capgemini Invent, Mark spearheaded innovation projects that created over $3 billion in revenue for Fortune 500 companies, entrepreneurial emerging businesses, and private equity firms. As the architect of the firm’s Money + Magic philosophy, its outcome-based business model and its breakthrough Two-Sided Innovation Method of fusing analytical commercial strategy with user-centered creativity, he is both a front line innovator shaping new product pipelines for the world’s great companies, and an industry thought leader.