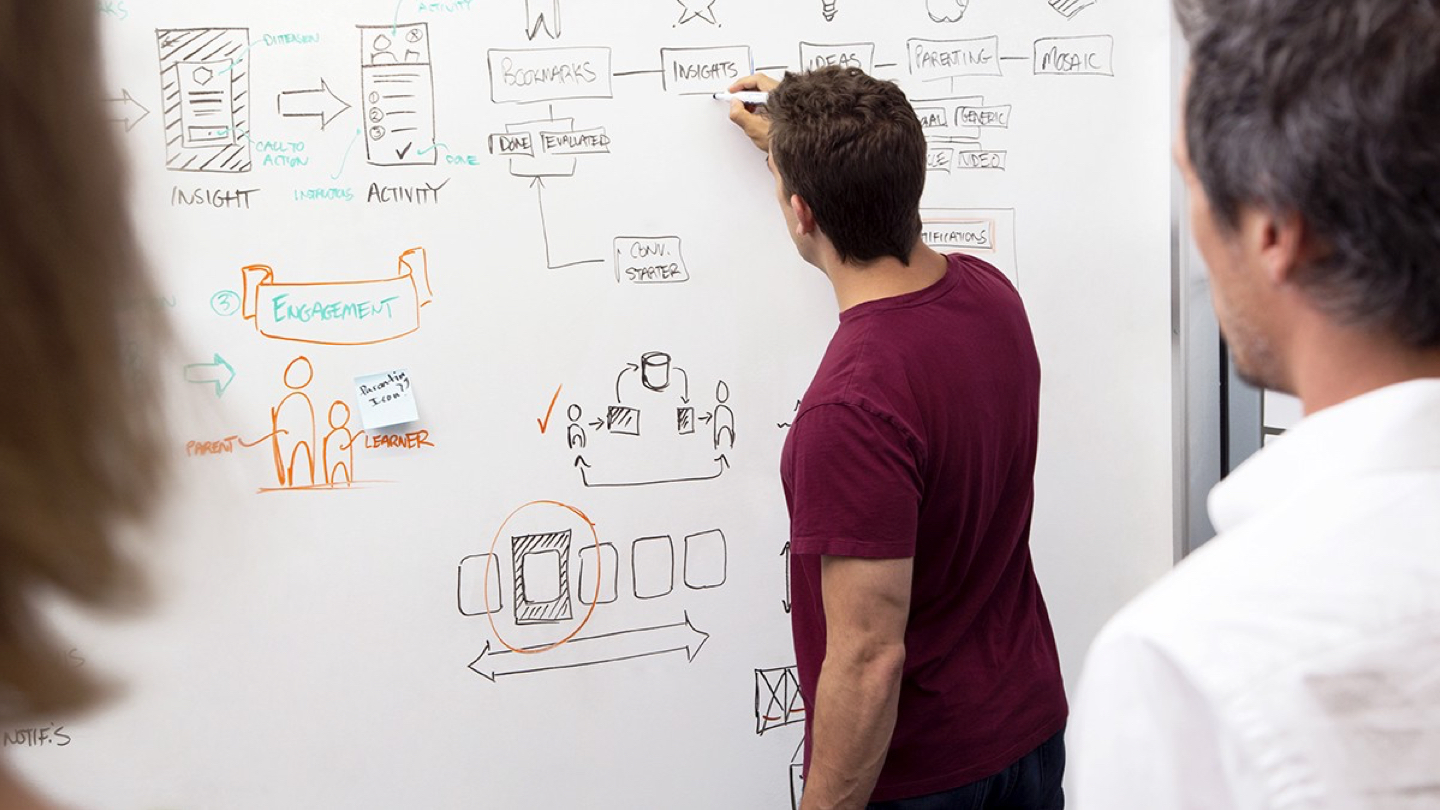 How to Prevent Design from Killing Your Company

I designed an award-winning product, but it had production problems that were almost financially catastrophic. I almost killed my company with design. These lessons will prevent you from making the same mistakes.
BY ETHAN IMBODEN — FROG

I remember exactly where I was on July 14, 2002. It was my 31st birthday, but that is not why it stands out so clearly in my memory. It stands out because it was the beginning of a personal odyssey that would take ten years, represent the steepest learning curve that I have ever climbed, and teach me—a designer—that design can kill your company.

I spent my birthday at the largest annual gathering of sex product manufacturers in North America: The Adult Novelty Manufacturers Expo. At first, I was bit taken aback by what I saw. I was not comfortable or familiar with the category, but eventually I began to see that these products were just like any other widget, and from there the design opportunities became apparent. Sex is extremely important. It is a fundamental part of the human experience and, as I considered the opportunities, I came to believe that products that engage our sexuality should be beautifully designed, made, and presented. To that end, I started sketching, raised money, and created a company called Jimmyjane.

A few years after our launch we introduced a flagship product, FORM 6. It was special because of its cordless charging, which enabled it to be the first genuinely submersible, completely rechargeable vibrator. It was also crossing over into the mainstream. You could find our products everywhere, from places like The Sharper Image (the largest retailer of personal massage products at the time) to Louis Vuitton, Nordstrom, and W Hotels worldwide. We were also changing the social context of this product category. The supermodel Paulina Porizkova wore a blindfold that I designed, and when Kate Moss was seen buying our vibrators, Vogue wrote about her purchase. Not only was FORM 6 making a splash, it was also winning numerous awards from institutions that had never before acknowledged any product in this category.

Behind the scenes, the FORM 6 launch was a financial and operational catastrophe. It was enormously complex throughout that product introduction, and as a result it was eight months behind, 400% over budget, and it was selling at almost zero margins. We were behind our projections, we were behind on our deliveries, and we were burning bridges with our partners left, right, and center. Further, I had invested all of my savings and then quite a bit more into Jimmyjane. I too was bankrupt.

At this moment of Jimmyjane’s imminent demise, I met a wise man. This entrepreneur asked me if I knew the first rule of starting a company. I answered that I clearly did not. His response was, “don’t die.” Most start-ups break this rule, and many face a particularly tragic form of sudden start-up death, which I refer to as design suicide. By following a few basic lessons, you can learn from someone who almost lost it all, and prevent design from killing your company.

Early in my career I ran into a manufacturing challenge. My boss came over, looked at what I was doing and said, “you need to smell more plastic.” He could see that I did not understand the correlation between what I was drawing on the page, and what was actually going to need to happen in the factory. I did not have the experience necessary to know that when I drew one line, the production line would have to be reorganized. When I drew a different line, they would have to add a screw.

My design for FORM 6 required us to place a complete product, with fully functional electronics, into an ejection-molding machine that would apply extremely high temperature and pressure to over-mold liquid silicone. I did not anticipate that we would crush 15% of them, leading to a very low yield rate. I designed an award-winning product, but it had production problems that were almost financially catastrophic. I almost killed my company with design.

So, smell the plastic! Understand everything that needs to happen between the designer and the user. The start-up offers an incredible opportunity to see firsthand the impact of your work. Designers should know, even before they sit down to sketch, the implications of their lines on the warehouse worker’s schedule. They need to understand that a slightly different line will require a new certification to sell the product into Japan. The designer must understand the full set of implications of their craft.

Fast and Cheap is Good

You may have heard this theory or idea: if you have fast, cheap, and good, you can choose two. Often you will hear this from project managers who are trying to avoid anything too cheap or too fast. The idea is that if something is cheap and good, it is not going to be fast. If it is fast and good, it is not going to be cheap. But designers just want it to be good, good, and good. We design for ourselves, for other designers, to impress the people who give us awards, and for the end-user. With FORM 6, my instinct was telling me that the better I made the product, the better the company was going to do. As a result, FORM 6 was slow, extremely expensive, and incredibly good. I failed to appreciate that time is money, money is finite, and without time and money, you die.

After learning that lesson with FORM 6, I was later approached with another design challenge. We had high traffic to our site Jimmyjane.com, but we also had a very high bounce rate. There were a lot of people coming and not converting, and we suspected it was because we were selling products that were more exclusive than what our competitors were offering. We decided to test this theory by updating our product offering to include some of the most iconic products in the space. Through partnerships with the manufacturers we were able to get these well-known products created in an exclusive way. They were all produced in white, we packaged them very similarly, and we called them THE USUAL SUSPECTS. The launch of this line was fast and cheap. But was it good? The test went so well  that these products are still being sold under Jimmyjane’s site six years later. We never needed to go back and replace them, because they were functioning perfectly in the line. Choose two is really a trick question; fast and cheap—in the start-up environment—is equivalent to good.

New Is Not Better

Designers often feel that if they do not give you something you have never seen before, they are not doing their job. They have an innovation bias. But newness and business impact are not necessarily correlated. Newness and risk are correlated. With newness comes unknowns, and with unknowns come risks. Most start-ups do not need any more risks than they already have, so if you plan to innovate, it should be very focused, and innovated judiciously.

From entrepreneurs and entrepreneurship, I have learned countless lessons about design. I can boil almost all of them down to one very simple idea: to bring the most value to start-ups, and to their end users, we need to design for the business impact. We can then expand beyond the business impact, to the experience and the product, but without the business impact in mind, we risk design suicide. I am grateful that we learned these lessons at Jimmyjane, and I am very proud of the impact that the Jimmyjane team has had on both the sex products industry and the lives of our end users.

I failed to appreciate that time is money, money is finite, and without time and money, you die.

When Jimmyjane was acquired, I had to step back and think about what I wanted to do next. I knew I wanted to continue leveraging design and the creation of new businesses, which I refer to as venture design. Today, I’m the head of venture design at frog, where I am helping to leverage our capabilities, our experience, and our reach in the service of entrepreneurs. We collaborate with founding teams to propel our businesses forward, always with an emphasis on designing the impact. As an example, the co-founders of Idea Shaper—Bill Gross and Steve Shell— approached us. They are bringing the power of 3D printing into the home, by creating one of the most affordable and easy-to-use consumer 3D printers. In a very intensive six-week program we honed their strategy, renamed and re-branded the company, and designed the first iteration of their product, marketplace, and app designs. We captured their story in a video, and helped them to launch on Indiegogo. The Indiegogo campaign was a smashing success, and the newly named New Matter is the number one 3D printer on that crowd-funding platform. Moreover, we achieved the impact that they needed: we pre-sold over 2,500 printers, and jumpstarted their community of enthusiasts. We are currently building upon the success of this project and others like Learner Mosaic, a mobile app for parents that engages them in their preschooler’s learning process, to scale our venture design practice and help our portfolio companies start smarter, iterate faster, and establish crucial design capabilities that support their growth.

Both designers and entrepreneurs like to reframe every challenge as an opportunity. As a designer and an entrepreneur, this is the opportunity that I am pursuing. I believe that through design we launch stronger start-ups. Not many people would debate that these days, but I think that there is another side to the equation. Through entrepreneurship we become better designers. I want to keep this virtuous cycle going, and ideally, with as few design fatalities as possible.