This won’t be news to you though. It’s certainly not news to the CEOs of incumbents in the industries being flipped by companies younger, nimbler and hungrier than theirs. These are the firms proudly and publicly spending millions (even billions) on digital transformations just to keep pace with these new entrants.

But despite the levels of investment, competing in this fast moving market isn’t easy.

Transformation is only part of the answer

Through digital transformations, companies set out to reimagine themselves. To become more digital, nimbler, leaner. Which is absolutely essential for companies to remain competitive and to meet the growing expectations of their customers.

But transformations frequently fall short of the promised vision. Sure, you can expect to see improvements from transformation but it’s likely to be incremental. The likelihood of true reinvention or a shift to a new business model is low due to the inherent difficulty in changing the well known course of big, established companies.

This is where the idea of Dual Transformation comes in which recommends that CEOs need to simultaneously transform their business of today while building their business of tomorrow. Considering them two separate tracks of activity, each with its own and different approach.

Building the business of tomorrow is really hard

As many will know, transforming the business of today is tough but many companies are now making progress. The second part is even harder. Innovation labs, incubators and growing internal capability are all attempts to build the business of tomorrow. But so many fail in their ambition to build that future business.

It’s not through lack of hard work, significant investment or smart ideas though. It’s just tough going shifting to new business models because as Clayton Christensen says: “the processes and business models that make organisations good at their existing business actually make them bad at competing for disruption.”

People might think that it’s legacy technology, legacy culture or organisation models that make it difficult. Others might think that the cadence of market reporting and how this ties to personal incentives might be the driver. Others believe it’s the way projects are funded, governed and how resources are allocated. In truth it’s all of these things. But another truth is that none of these are going to change any time soon.

Meanwhile the competitive market isn’t waiting, so CEOs need another way to pursue their business of tomorrow while continuing to invest in a core transformation to extend the life of their current business model.

Christensen along with other respected authors and academics such as O’Reilly and Tushman, Kotter, Markides and more have all written about spin-outs as an effective way to pursue new business models. And lots of people are at it right now. In the last few months, in the UK alone:

And, still with a focus of the UK, we don’t have to cast our minds much further back to when:

So obviously this isn’t a new idea. But just like transformation, spinning out by itself isn’t enough either. While spinning out helps remove many of the constraints that hinder innovation in the core business, launching new initiatives is risky, so what’s required is an approach for increasing the odds of success for the new venture.

Spin outs offer a blank slate for a whole new way of working. And the Beta Business model describes how to take full advantage of that blank slate.

The model is built around a single, simple idea – that being successful today requires companies to be able to experiment more than their competition which as a result enables them to learn faster and grow quicker.

It’s an idea well understood at the most successful companies of recent years. Leaders at Amazon, Google and Facebook all credit their success to their ability to “have more bats per unit of time” ie. by being able to run more experiments than their peers and in doing so, learn quicker.

The Beta Business model is built around a series of ideas from different fields; from the world of startups and software, from design and innovation and also from management science and business academia. While none of the individual ideas are new, the model brings them together in an effective way to give leaders looking to build their future business a playbook to work from.

The model highlights four key stages in the life of a new venture where experimentation needs to be baked in:

Many of what is described in these stages will sound familiar but all too often, only one or at most two of the stages are truly practiced. And it requires more than just an understanding of these stages. The broader context for the Beta Business is critical which is why a number of enablers are required to really unlock the potential of this new way of working:

These four stages and the enablers together make up the Beta Business model. A playbook for leaders looking to build their business of tomorrow. When combined with the blank slate and freedom from organisational constraints that a spin out offers it’s a powerful guide for how to build businesses that launch faster and grow quicker than the competition.

What happens when the Beta Business is successful?

Once you’ve got evidence your Beta Business works, that’s where the real head-scratching starts.

The answer to each of these questions will be dependent on the case. But what isn’t is the need for companies to adopt a dual approach to making their company future fit. Core transformations are desperately needed but they’re unlikely to be enough so at the same time companies need to pursue new business models and the Beta Business model is one that helps accelerate that journey.

Building on the playbook

We’ve developed the Beta Business model through experience over recent years – through mistakes made and hard lessons learnt, through direct experience and observation. The playbook will undoubtedly need to continue to evolve and that’s our intention. There’s a lot of detail that sits underneath the model which we’re refining with Beta Businesses we’re currently working on.

We will continue to share further iterations of the model in the future through writing and events and hope that it can be used more broadly by those looking to build their business of tomorrow.

If you’re already on a journey to build your future business, why not drop us a line to find out how we can help you build a bolder future.

Do you want to figure out what it takes to build successful new ventures? We’re building a community of curious and ambitious people, already launching new digital ventures or considering them as a way to build their business for tomorrow.

Come along to one of our events to connect with people pursuing similar ventures, and come away with a clear idea how to launch your own.

Introduce yourself on betabusiness@idean.com to join the conversation. 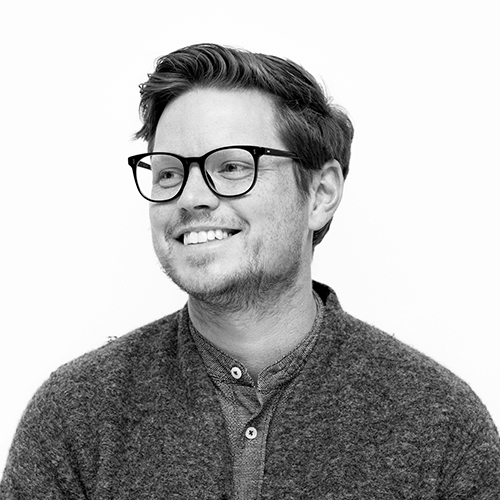 James is the founder of Adaptive Lab and Managing Director of Idean UK. His background is in product management and digital strategy working both at startups and consulting. He authored a book on the change sweeping through banking (Bye Bye Banks?), is a regular commenter in national and trade press and also hosts a popular roundtable dinner series for leaders in innovation and digital. He’s good for doing talks on trends and opportunities impacting sectors and engaging with senior leaders on the change impacting their businesses.