5 keys to turning your most creative, industrious employees into an organized armada of low-code/no-code developers
Michael Calfee

Welcome to the golden age of productivity. It seems that everyone is building software these days, many without even realizing it. From the Airtable wedding planner to the lawn care business CRM running on Notion, custom applications have never been easier to build. A community of librarians even co-opted Google Forms to create virtual escape rooms that teach history and math to quarantined students. These “citizen developers” are proving that there are other pathways to creating software than writing code.

The stalwart Excel spreadsheet, longtime companion of enterprising workflow artists, has taken a backseat to more polished, user-friendly tools. These platforms offer the power of a relational database with an easily customizable UI. Instead of being stuck in an ocean of formatted rows and columns, users end up with a tapestry of specialized inputs, widgets, and screens that they can call “an app.”

As employees of large organizations become more accustomed to creating software to run their personal lives, it’s natural that these low-code/no-code software tools are showing up in the workplace. The trend is reminiscent of the bring-your-own-device movement of a decade ago, when iOS and Android smartphones suddenly leapfrogged into the workplace as indispensable communication and productivity tools. At first, IT teams scrambled to restrict them—then quickly to altered course to support and secure the tools that workers demanded.

Most employees want to do their jobs better and faster, and spend less time being more productive. And that’s a good thing for any business. However, software developed outside the central IT department of an organization has traditionally been referred to as “shadow” or “rogue” IT, implying shifty employees looking for a quick workaround, rather than industrious citizen developers seeking to fill an efficiency gap.

Imagine the product manager in a healthcare organization who wants to track the vendor selection process for a new telemedicine offering. She wants to score the vendors across various sets of criteria and have an aggregate scorecard calculated on the fly when other members of her team input their own assessment and notes. A collaborative spreadsheet could work, but she wants a wizard-style workflow, with automated notifications sent to her teammates when their input is required.

With the sheer number of small-scale, narrow-scope projects desired across an organization, there aren’t enough engineers to fill the need for custom software development. As a result, homegrown tools emerge and become business-critical—often with a single maintainer, no version tracking and without the visible ROI of traditional software.

Low-code/no-code development tools are a viable way to fill the engineer void, but their selling point comes with a few caveats. They are less like magic wands than they are Lego kits. Professional software developers have already delivered the precision and depth required: hundreds or thousands of reusable blocks that snap together in consistent (yet not always predictable) ways. They even include a few recipes to get started, and then the end-user is only limited by their imagination, right?

Before you can unleash your citizen developers, you must properly set the stage for success. The risks of empowering software development across an entire organization are real—documentation, security, testing, and duplication of effort are all legitimate concerns. But rather than stamping out shadow IT, a strategy of cultivation, governance and support applied to low-code/no-code tools and platforms can make citizen developers a force for good rather than a potential liability.

There are five keys to turning your most creative, industrious employees into an organized armada of citizen developers—whether they know how to code or just have a great idea on how to work smarter.

Harnessing the energy, creativity and smarts of citizen developers requires human-centered activation across tools, people and process as well as critical technology improvements and a fresh mindset—but that investment promises a wave of ground-up innovation. 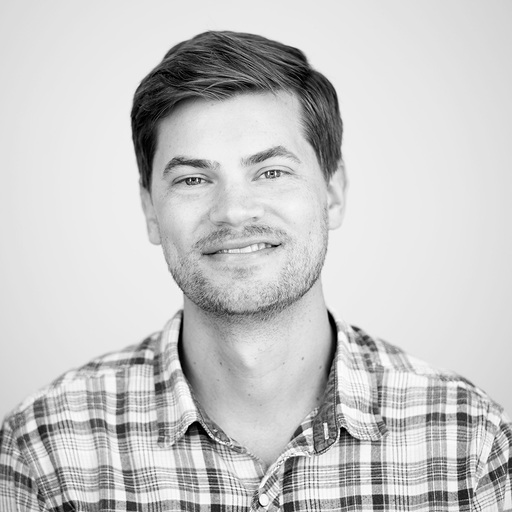 Michael joined frog in 2017 as a Senior Solutions Architect, bringing 10 years of experience with large-scale enterprise technology solutions, as well as with nimble custom development and prototyping. Prior to frog, he was an architect at Razorfish, leading CMS re-platforms for BlackBerry and T-Mobile, an e-commerce re-platform for Hobby Lobby, and a custom white label wealth management portal for Stephens Inc. Michael brings a strong design sense to crafting technology solutions, from high-level roadmaps and conceptual exercises to hands-on software architecture and coding.

Blog
When to Listen to Your Customers

Report
How to Accelerate Organizational Impact