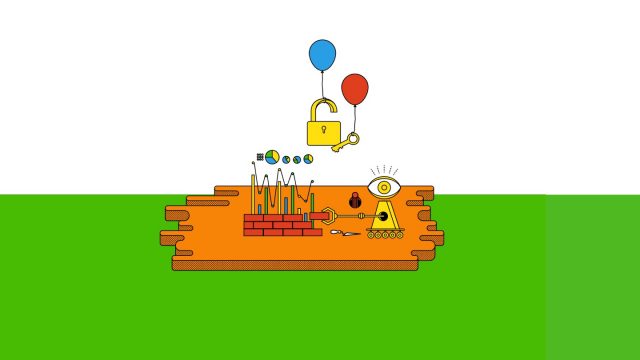 Can Artificial Intelligence Prevent the Next Financial Crash?

The subprime financial crisis revealed that our data is only as good as our ability to analyze and understand it. AI will be necessary to helping prevent the next crisis before it happens.
BY ADAM PRUDEN — FROG

In his new film “The Big Short,” based on the book by Michael Lewis, Adam McKay attempts the difficult task of explaining exactly how the credit and subprime housing bubble led to the 2008 worldwide economic crash. One of McKay’s main points in outlining how Michael Burry, and a handful of other Wall Street outsiders, were able to predict the impending crisis is that they simply investigated the underlying data. As Ryan Gosling’s character narrates in the film: “A few did what the rest never thought to do… they looked.”

Unfortunately they were unable to inform (or convince) the thousands of other investors, analysts, and regulators dealing with these loans that the banking industry had built an economic house of cards.

Recently I spoke with Lawrence Rufrano — a Federal Reserve official during the crisis and now advisor to fintech technology startups on Wall Street – and he noted that “perhaps the most important lesson we learned was that the economy is more fragile than we like to believe and that humans alone cannot possibly serve as the sole protectors of the global financial system.” That revelation is not lost on the world’s largest banks. When it comes to the next financial crisis, AI will assist a massive army of everyday banking analysts and regulators to identify fragility in the market.

Identifying the warning signs of a potential crisis is not an easy task, especially when banks are accumulating data at unprecedented rates. Companies that recently worried about managing a petabyte of data will soon face zettabytes of information being generated in contracts, emails, from the web, from voice and video, and from computers themselves. To put that into perspective, the world’s internet traffic in 2016 is expected to be one zettabyte of information, according to a recent Cisco report.

Managing bank information today is archaic and no longer works. Toshi Mogi, Assistant Vice President, Financial Services at frog said, “we don’t yet have a common understanding of how the complex economic machine works, and many times, discovery and buy-in requires reflective hindsight. As we advance our AI tools, data capture, and model development, it enables us to address the next tier of complex problems and systems.”

With the help of Silicon Valley, a handful of companies have developed more intelligent tools designed to handle these problems. For example, Palantir, a counter-intelligence firm initially used by the military, has become a household name on Wall Street by using AI for fraud prevention. IBM’s Watson, best known for being a contestant on Jeopardy, is designed to build AI-powered applications, including the financial industry. Palo Alto-based Sensai uses “deep learning” to read and analyze unstructured data such as corporate documents, transcripts and social media to simplify the analyst workflow. Firms like these are accelerating the prevalence of AI in banks, particularly in a few important areas.

The massive losses of the 2008 crash led to extraordinary amounts of bank regulation that created compliance burdens, increased costs, and — to some extent — reduced lending. The complexity of implementing these new standards for banks is putting additional strain on the economy. Leveraging AI to automate some of the practices – to summarize, understand and act on insights gained from large “data lakes” – can provide better surveillance of banking data.

Banks issuing loans to customers without fully understanding their risk-level contributed dramatically to the financial crisis. Despite massive operations, banks cannot always obtain an accurate picture of a customer before providing a loan. AI can provide valuable context at the point of underwriting by providing a risk score, after checking public databases like Lexis-Nexis and the US Courts system for anything that might impact an applicant’s credit worthiness. It could also draw on its own databases of customers with credit cards, retirement accounts or mortgages to make better decisions.

Lenders are not always able to build a comprehensive profile on borrowers because so much data within banking exists in silos, meaning it is not easily sharable to the right people, and in formats that can be difficult to analyze. AI can solve this problem by reading any type of formatted text in any kind of system with the potential to pull data together from disparate sources, across multiple lines of business, to build a more accurate profile of the potential customer and their risk.

With AI, banks can mine for potential nefarious behavior by looking through patterns in transaction data. Through pattern recognition the software can spot trader oversight, ensure compliance with international sanctions or identify tax evasion on behalf of individuals or multinational companies. It could even alert banks that brokers have engaged in illegal trading activity. AI can help banks comprehensively monitor social media to ensure that brokers are following the disclosure rules. This not only protects the banks, but can also target potentially vulnerable, high-risk customers.

The promise of AI preventing the next financial crash is compelling, but there will be hurdles to overcome along the way. One is the limited supply of talent required to monitor complex banking algorithms. About half of the available data scientist jobs will go unfilled by 2018, a recent McKinsey Global Institute study predicted. Without experts, AI’s promise will still materialize. Jonas Lamis, CEO of Sensai said that the answer is simple, “turn the investors, analysts, and regulators into data scientists.” While companies like IBM and Palantir will likely implement business intelligent systems to reduce financial risks and increase compliance, startups like Sensai are strongly positioned to disrupt the financial space by introducing intelligent platforms designed to empower the everyday analyst. If we place intuitive business tools, powered by AI, in the hands of as many people as possible, we will significantly increase the number of investigators looking for the warning signs. The sooner we do this, the more we increase our chances of preventing the next crash.

Adam leverages his architectural background to conceptualize, speak and write about potential applications for airborne technologies and their impact on society.