I was having dinner in a Korean restaurant with my son and a friend, and as we were enjoying ourselves among the lively dinnertime crowd, I looked out to see an empty, darkened food court of what appeared to be yet another “dead mall.” While this mall may have been semi-operational, it was almost entirely empty; not quite dead, but certainly dying. By some counts, America has seen the closure of over 300 malls since the peak of development in the mid 1990s. And experts predict this decline will only continue. It only takes a cursory search to uncover the Internet’s odd fascination with these fallen monuments to American late capitalism, with youtube channels and photo essays dedicated to documenting these once vibrant, and now eerily empty malls. Perhaps it’s nostalgia by Gen Xers for their youth, but it’s likely more profound than that. Malls provide a place for gathering, meeting people, eating together, entertainment and, of course, shopping. Those basic human needs haven’t gone away, they’re simply evolving. Which begs the question: What comes next? What will replace America’s beloved Malls?

Two trends are driving the decline in traditional mall shopping: the shift in consumer spending from stuff to experiences, and the rise of online shopping for certain categories of goods.

Growth in spending on experiences is rising more rapidly than spending on goods, especially among millennials. Psychology studies show that shared experiences with friends and family drive greater happiness that is sustained over a longer period of time than buying more stuff. At a rather shallower level, Instagram and other social media sites allow us to share experiences widely, turning ephemeral experiences into permanent show pieces to drive envy and admiration of our friends. Witness the huge success of The Museum of Ice cream and other “made for Instagram” experiences. Malls that cater to experiences are going to be more successful than those that are simply shopping centers.

Second, retail is bifurcating. As my colleague Kristin Krajecki recently pointed out in her article on what retail can learn from the emerging cannabis market, shoppers are outsourcing as much as possible for low involvement categories. Batteries, dish soap, dog food, paper towels and toilet paper should ideally just show up in our houses, and always be available. For higher involvement categories, shoppers are looking for experiences that offer discovery, community and even entertainment. Successful malls in the future are therefore likely to cater to high involvement goods but evolve to be more experiential. Which means, anchoring a mall on a big box store is out, and providing multiple venues for exploration, discovery and entertainment is in.

While the story of the American Mall is still unfolding, we’ve already seen some of signals from the marketplace that indicated the future direction. Santana Row in San Jose, California, and Coal Drops Yard in London are great examples of a new breed of mixed use experiential spaces. Set to open in October 2018, Coal Drops Yard is a highly anticipated, newly renovated shopping district that sits alongside apartments, condos, office buildings, a school and transit options. Both the design and the highly curated selection of tenants were inspired by the Victorian-era industrial heritage of the location, as well as the counterculture that thrived in the area in the 1990s, helping Coal Drops Yard feel locally relevant and integral to the neighborhood before it’s even opened. Project developers plan to entice shoppers with one-of-a-kind stores and boutique shops, a multitude of restaurants and cafes, and open park spaces including one that features a large water fountain park-goers can control using a mobile app. The district will be punctuated by experiential flagship stores, including the new Tom Dixon store, The Coal Office, which will feature a furniture shop, haberdashery, gallery, restaurant and roof terrace.

Even traditional retailers have begun focusing on the shopping experience rather than the acquisition of goods. I call this, “Retail’s Magic Moment,” when retailers compete to differentiate on parts of the customer journey beyond the traditional ‘buy’ moment. Zara’s inventory-less store in London’s Westfield Mall, Nordstrom Local in Beverly Hills, and the “guideshops” by men’s clothing retailer Bonobos are extreme examples of this. These stores have no inventory, but allow people to touch goods and try on clothes, which shifts the role of the store from a place where you go to buy something to bring home, to a place where you experiencing goods in a nice setting. It may take a while for this to catch on – a recently conducted frog survey of shoppers across the US shows that just 3 percent of shoppers like to order in a store and have goods delivered to their home or office, compared to 11 percent who like to buy online and pick up in stores. Another approach is to create a place people want hang out in, like Restoration Hardware’s West Hollywood store with its rooftop garden open to the public and outfitted with fire pits, a ping pong table and of course Restoration Hardware’s outdoor furniture.

Not every mall will be able to adapt as a new experiential destination—but they may morph into other uses. Austin’s first indoor shopping mall, the Highland, has recently been converted into a community college. Vanderbilt University took over an entire floor of a mall in Nashville to operate as a medical center. Others are being transformed into churches, or used as fitness centers, activity centers and even AR/VR entertainment hubs. Some will no doubt be torn down to make way for housing (or nostalgic YouTube art).

Despite these closures, the core human need for social spaces and public experiences is more acute than ever in America. People like walking around and spending time together in a space that isn’t home or work. And they like to have a purpose or focus while they are there. The venue for that function moved from town squares to malls in the last century and will evolve this century as consumer tastes and lifestyles change. Successful retailers and mall owners will embrace the change and adapt to provide consumers with a new set of experiences.

Tim leads a global team of business and product strategists who work alongside frog designers and technologists to bring game changing innovations to market. He has worked in Silicon Valley for 15 years in a variety of product, strategy and marketing roles. 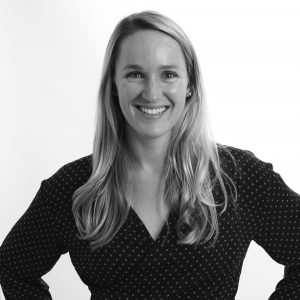 Sally Darby is as strategist with a background in architectural design. Based out of the frog studio in San Francisco. At frog, she has delivered value for people and businesses through design and innovative projects in the healthcare, retail, and real estate industries.